Facebook has somehow continued its growth into 2016, with the company reporting its second quarter earnings, where we now know just how many people use Facebook daily, and monthly. 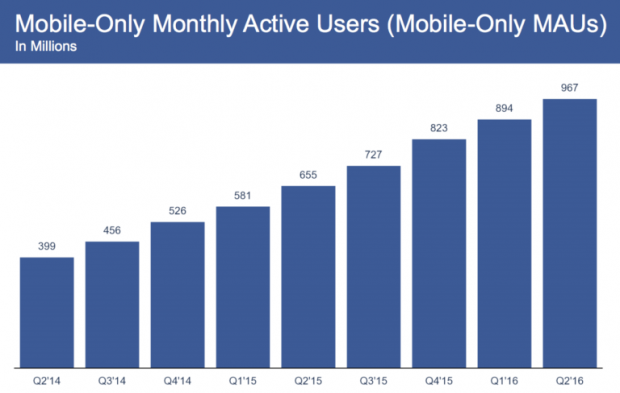 The company defines MAUs as "Mobile-only MAUs are defined as users who accessed Facebook solely through mobile apps or mobile versions of our website, or used our Messenger app, in the last 30 days of the given quarter. The number of mobile-only MAUs do not include Instagram users unless they would otherwise qualify as such users based on their other activities on Facebook".

Profit wise, Facebook weer able to triple its profit to $2.06 billion. But is this growth sustainable? Facebook CEO and founder Mark Zuckerberg says that the company is looking into other areas where growth has no limits, like video - with Facebook Live being a huge tool recently. We've been using it with great success, and will be using it even more going into the future.