"Our focus on PC is to deliver a highly optimized, customizable experience first and foremost," The Coalition's technical director Mike Rayner told Eurogamer. "Support for v-sync tearing has recently come to UWP and we will be able to offer proper unlocked frame-rate support that gamers expect on day one. With Unreal Engine 4 and our own custom modifications, we can take much better advantage of multiple CPU cores, alleviating the game from being CPU-bound and allowing more room for the GPU to shine with enhanced visual quality or higher framerates. Single-player will not be locked to 30fps on PC."

Rayner also says that Gears of War 4 on PC will have 4K resolution textures and sports 28 different tweakable settings that affect in-game graphics and performance, each with its own explicit explanation of how it affects the GPU/CPU and VRAM to optimized gameplay. So the game should play nicely with video cards across the entire spectrum like enthusiast-grade video cards like NVIDIA's new GeForce GTX 1080, AMD's mid-grade Radeon RX 480, or older Maxwell-based GTX 970s. 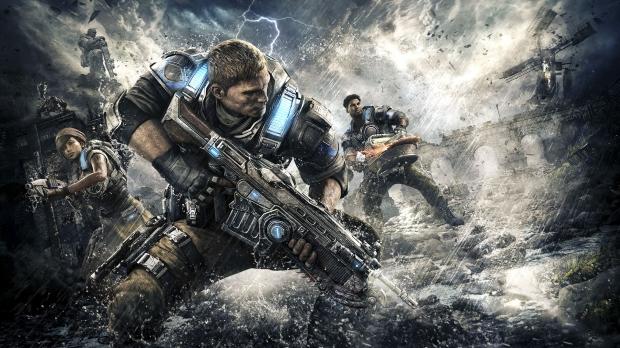 "You can super-sample, let's say up to 4K, and then enable dynamic scaling and set the maximum amount of scaling you want to allow so you can maintain a very crisp image with scaling kicking in where needed and only to the amount you consider acceptable."

It sounds like Gears of War 4 is a huge leap in the right direction for the Windows Store, and might finally legitimize it as a bona-fide PC gaming platform. Microsoft has made efforts to fix the Windows Store by enabling FreeSync, G-Sync and unlocked frame rates in exclusive UWP-powered Windows Store games, but the platform has still failed to gain traction.

It'll take more than Gears of War 4 to win PC gamers over, but Microsoft is certainly on the right path. Sure they'll grab consumers with the new cross-buy Play Anywhere initiative, and that might be enough--it all depends on if Redmond wants to win over enthusiast PC gamers or not.

Gears of War 4 releases on October 11, 2016 on Xbox One and Windows 10 PCs, and is a Play Anywhere title (if you buy a digital Xbox One version of the game, you get a free PC version).