Colorful has just announced it has four custom GeForce GTX 1060 graphics cards on the way, ready to cover gamers in all segments of the mid-range market. 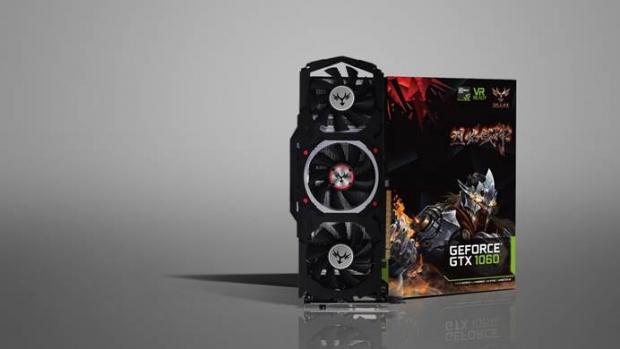 Colorful is aiming its new iGame series of GTX 1060-based cards at gamers who don't want to throw their wallets at the prices of the current GeForce GTX 1070 and GTX 1080, while offering great performance for 1080p 60FPS gameplay. Colorful's new iGame GTX 1060 series is led by the iGameGTX1060 X-TOP-6G, which has base/boost clocks of 1620/1847MHz, respectively. It will also feature 5+2-phase IPP power.

Finally, we have the iGameGTX1060 U-6G, with lower GPU clocks of 1556/1771MHz for base/boost, respectively - while it will have 4+1-phase power. We don't know what the cooler designs will be on Colorful's range of iGame GTX 1060 cards, but we'll be finding out soon enough.