After a summer of disappointing sequels and coming off the back of an initial teaser trailer that had many long-term 'Star Trek' fans switching off, the latest trailer for 'Beyond' has reignited interest in the upcoming sequel.

Starring Chris Pine as Captain Kirk, along with Zachary Quinto as Commander Spock, Simon Pegg as Scotty and Karl Urban as Bones, and Idris Elba as the big bad Krall, 'Beyond' is the third film in the J.J. Abrams multiverse (now called the 'Kelvin Timeline') and is directed by 'Fast and Furious' director Justin Lin. 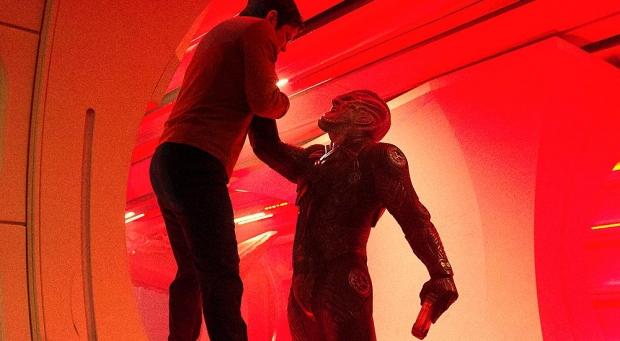