The Serious Sam franchise has always done one thing exceptionally well: balls-to-the-wall FPS action focused on twitch reflexes, overpowered weapons, absurdly large hordes of demons, and unapologetic brutality. So when Croteam announced they were bringing their shooter to virtual reality, I may or may not have literally jumped up and down with excitement. I recently played a small slice of an early build of Serious Sam VR: The Last Hope, and it's almost everything I expected from a Samuel Stone adventure. 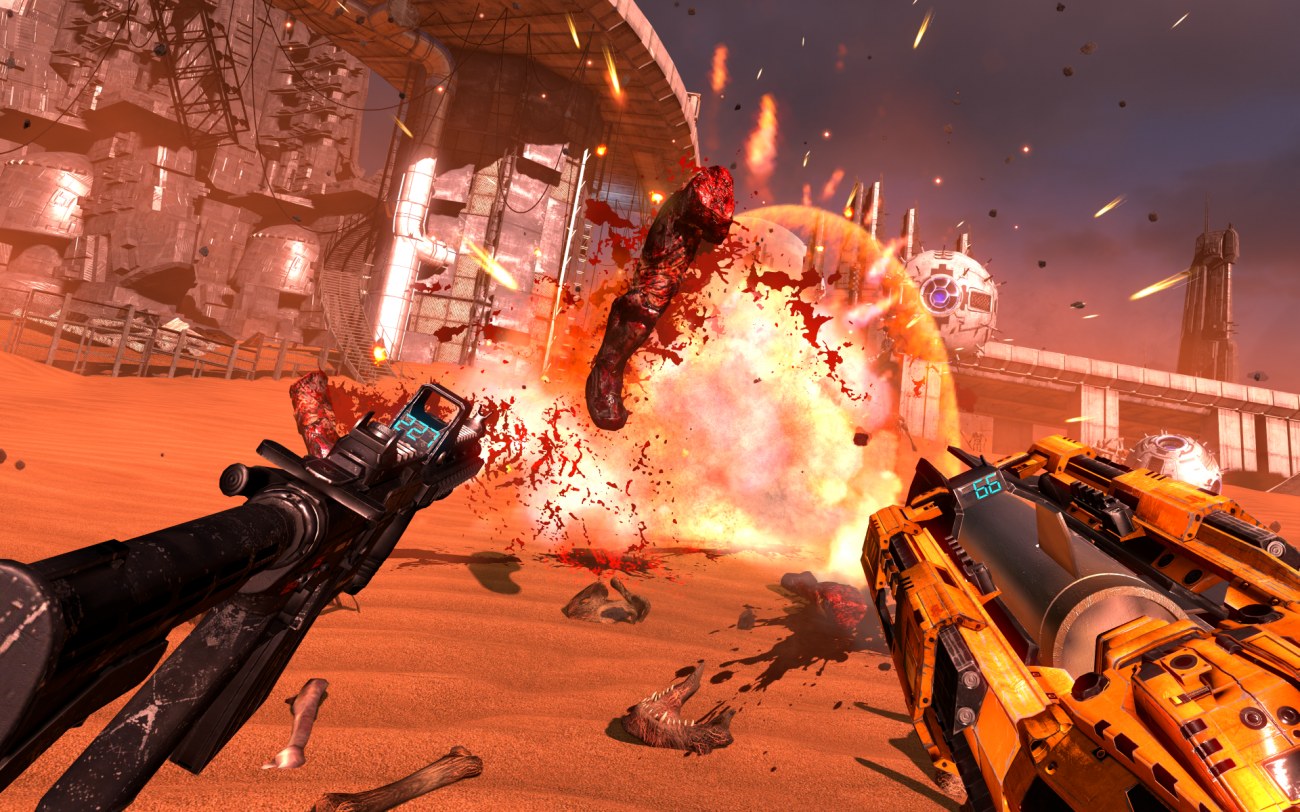 I played using the Oculus Rift and its forthcoming Touch controllers, but a demo station was also set up with an HTC Vive, and the developers tell me they're currently talking to Sony about getting the game onto PlayStation VR.

Serious Sam VR: The Last Hope finds the titular action hero traveling from planet to planet to fend off Mental's endless hordes of demon warriors, and it's no surprise that (as always) Sam is basically the universe's last hope. Fortunately, Sam's packing a fairly deep arsenal of weaponry and skills, all of which are upgradeable between missions, lending a nice sense of progression to the game that's absent from most "shooting gallery" style VR games right now. In fact, this is the most fleshed out shooter I've seen, particularly for the HTC Vive, as most of the FPS style games on that system are just a single level. Croteam has clearly been busy. Serious Sam VR: The Last Hope will launch with at least 8 worlds and a slew of guns when it debuts this summer on Steam Early Access. 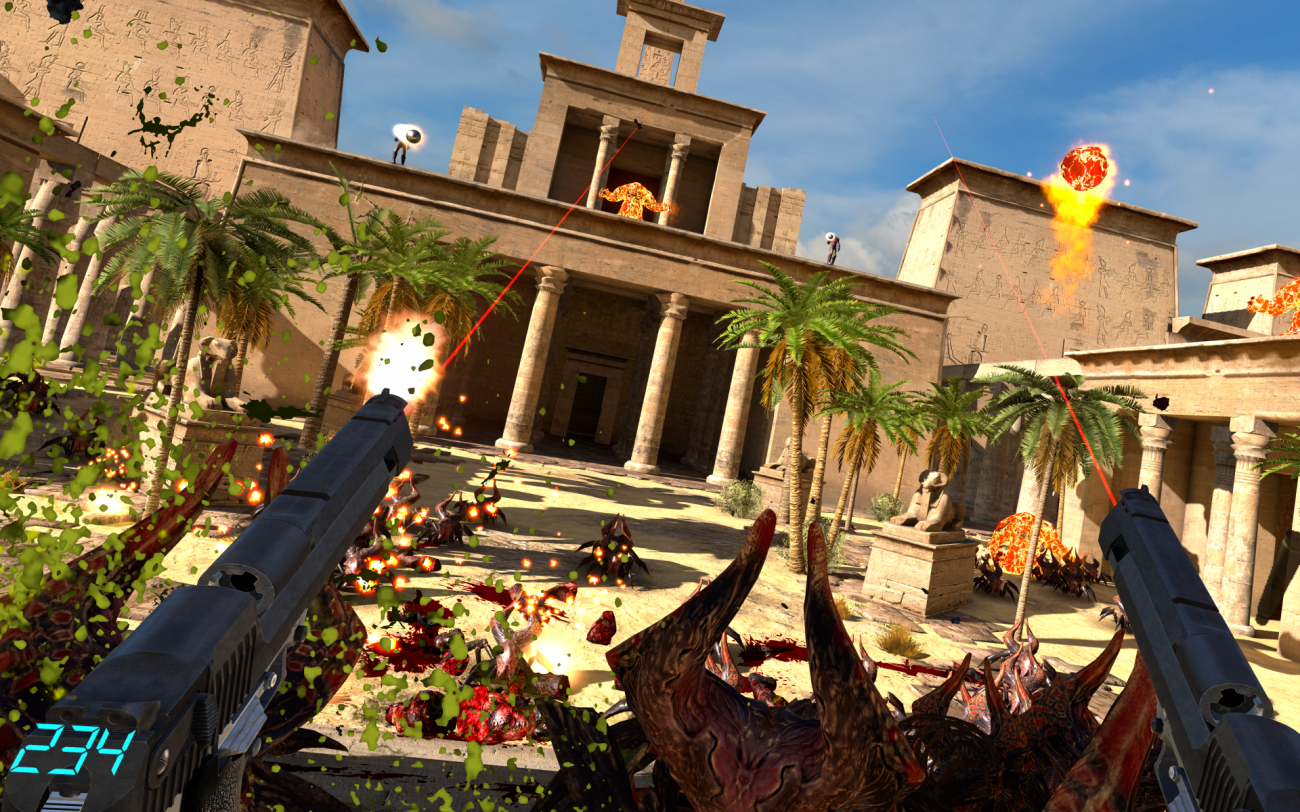 What I played was intense, and intense is probably a huge understatement. At the top of this article I mentioned that this game was "almost" everything I expected. I foolishly expected it to be a walk in the park because the player is mostly stationary and doesn't need to think about movement. But this actually makes Serious Sam VR more challenging. Sure, you can physically dodge enemy projectiles or shoot them down, but due to the sheer number of onscreen baddies, your aim is more important than ever. The mob is coming straight for you, and you can't just run out of the way with a thumbstick. The accurate tracking of both Oculus Touch and HTC Vive means you'll need actual good aim to stand a chance, so be prepared to practice!

Adding to the important of hit accuracy is the fact that ammo is limited, and you'll have to periodically use a grappling hook to snag an ammo crate from the sky -- that is if you can spare the few seconds it takes. It was an absolute rush seeing dozens of demons rushing me at once, from my left and my right, trying to prioritize threats on-the-fly, dodging enemy fire, switching to the weapon that best matched the situation. Did I mention the word "intense" yet? No gimmicky teleporting here, just nonstop mayhem which still relies on skill and twitch reflexes, despite the move to VR. 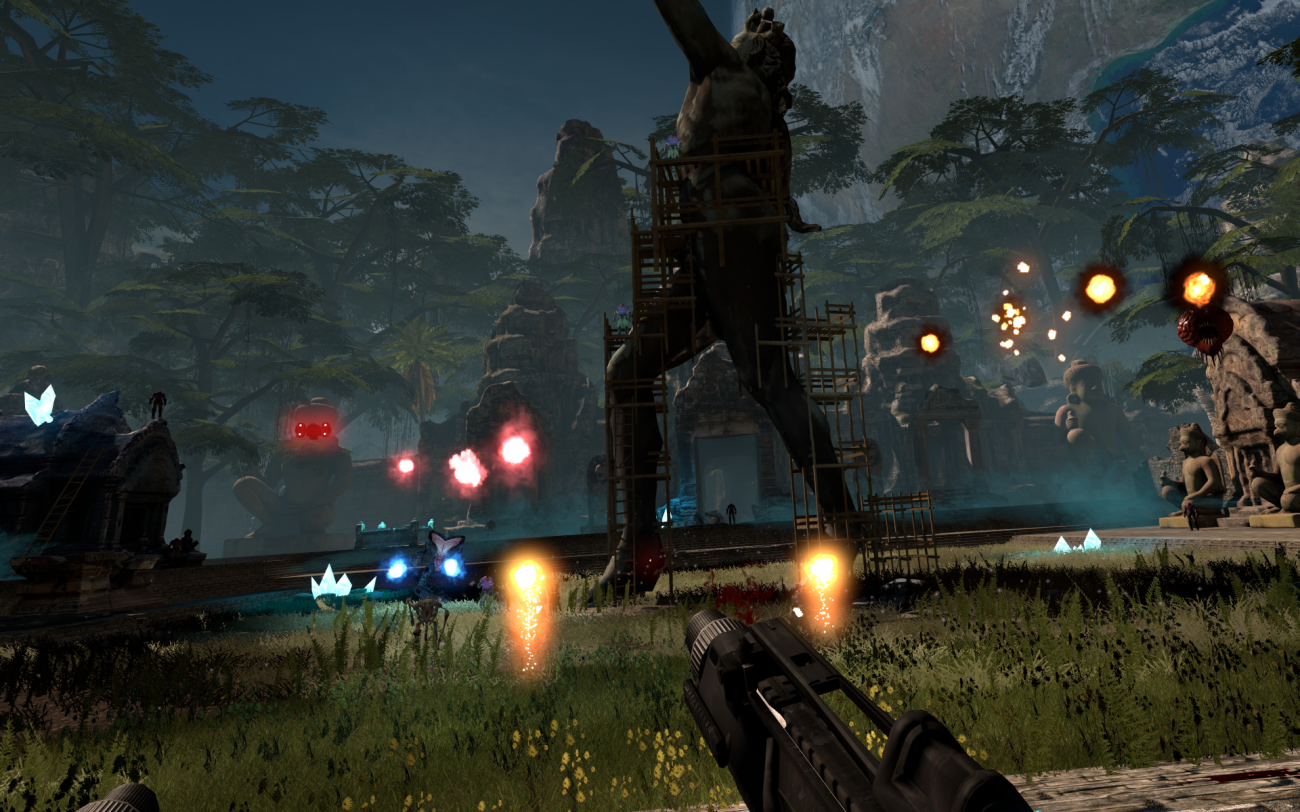 If you do survive the brutal waves, you'll need to prepare for a boss-fight at level's end, and because your health carries over from level to level, you can't be careless (you can buy health between missions, but I'd rather spend coins on badass guns and more ammo).

While I only saw about 20 minutes of action, I walked away with the impression that Croteam is doing some awesome technical things under the hood. Having tons of onscreen enemies, explosions, particles, and projectiles while maintaining 90+ FPS per eye and looking good while doing it isn't the easiest task in VR. For what it's worth, I noticed their demo stations were being powered by AMD Radeon Nanos, but much of this can also be chalked up to their mature Serious Engine.

Serious Sam VR: The Last Hope launches on Steam Early Access this summer, and the developers tell me it should be priced under $30. Even though what I played is a very early glimpse at the final product, it was simply tons of fun, and represented one of the best "VR shooting gallery" experiences currently available. You can count on a full review here at TweakTown later this summer.