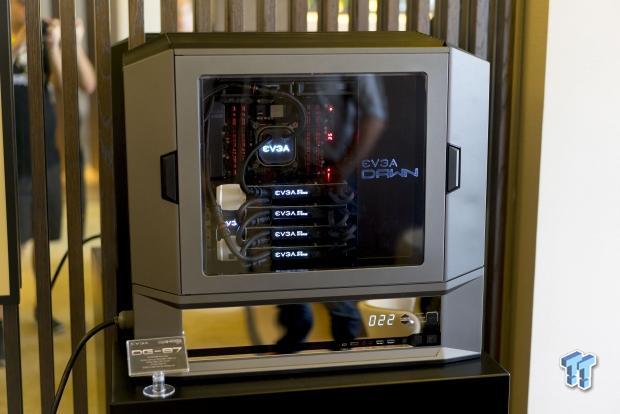 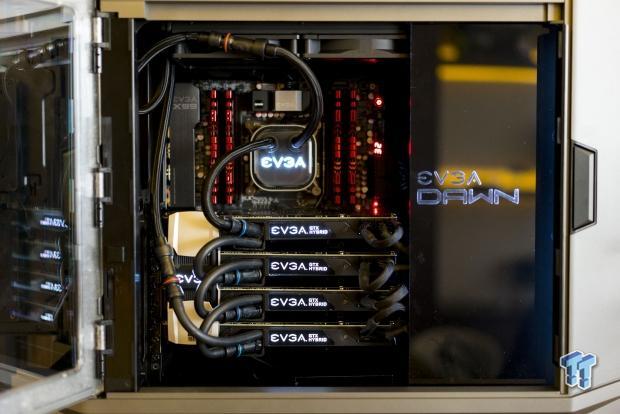 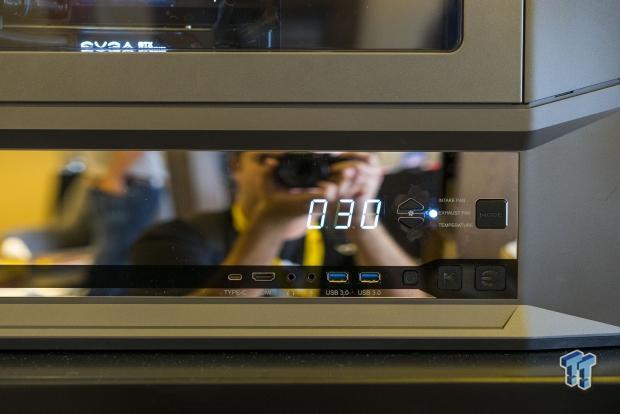 On the side of the system is an awesome reflective panel, where we have an LED read out and I/O. It looks ridiculous in person, and really catches you eye. 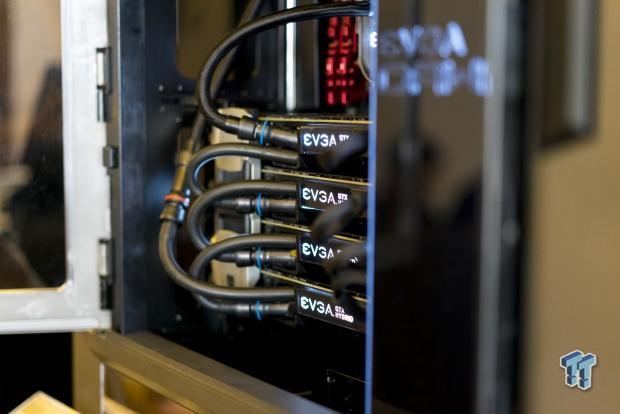 It's massive, but the airflow can keep up with the 4-way GPU setup with everything overclocked to some pretty high speeds. 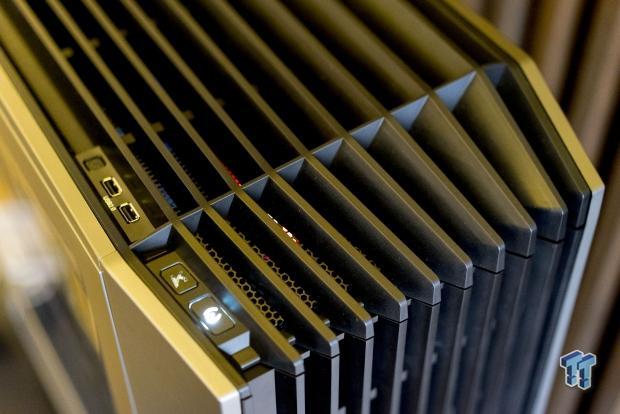 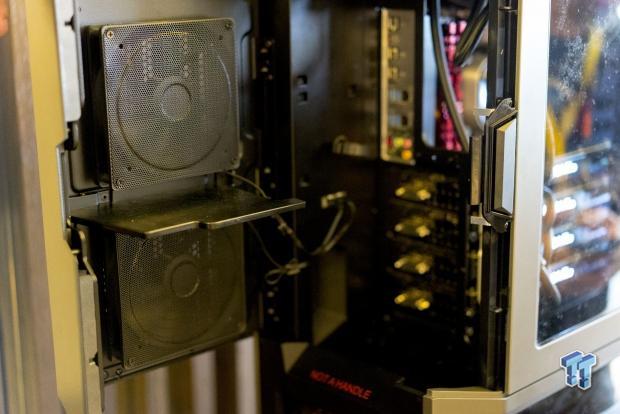