Activision may unveil this year's Call of Duty game on May 3, according to a leaked in-house advertisement scheme from an unspecified games retailer. 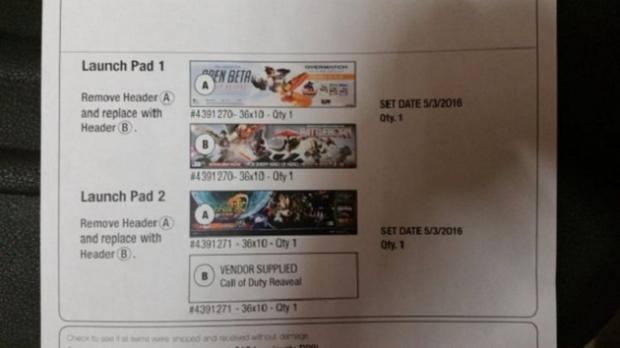 Call of Duty 2016 could be unveiled by next Tuesday on May 3, if a recently leaked retailer advertisement scheme can be believed. The document was spotted by renowned games journalist Jim Sterling, who posted the news on his Twitter feed, but we're still not sure which retailer it belongs to.

Remember that nothing's been confirmed, and to take these reports with a pinch of salt. The documents can't even manage to spell "reveal" correctly, so that could be a huge red flag.

Call of Duty 2016 will likely follow the series' tradition of releasing in November, and we'll be sure to keep you updated when May 3 rolls around. We'll also likely see an E3 2016 showcase with in-game footage and pre-order announcements.