Infinity Ward took to Twitter to announce that "COD 2016" is now "official". The developer tweeted: "COD 2016. Now it's official. Can't wait to show you what we've been developing!" - i.e. a fresh mod for the last 51 games that originated with Call of Duty. 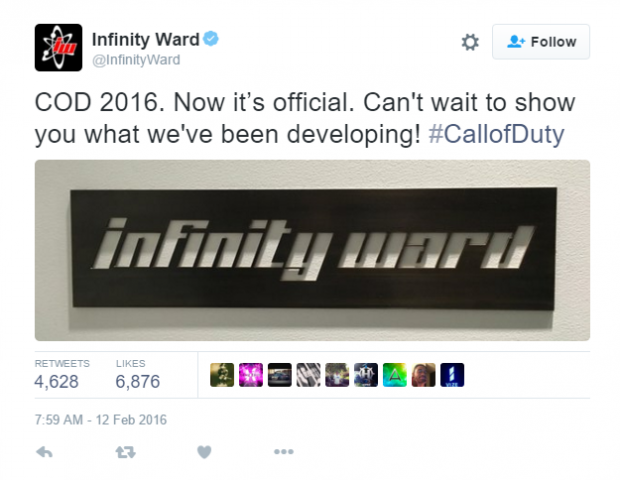 Activision did say during its Q4 conference call: "IN Q4 2016, ACTIVISION PUBLISHING PLANS TO RELEASE AN INNOVATIVE NEW CALL OF DUTY GAME FROM ITS STUDIO, INFINITY WARD, THE MAKERS OF THE MODERN WARFARE SERIES".

We should expect Activision and Infinity Ward to unveil the new Call of Duty at either GDC next month, or E3 in June.