There was a sort of revolution that was started by Apple with the introduction of their iPhone, or shortly after it at least. OS X took a different turn and started to merge many different features that were found on their mobile OS, and began to transform, blending together the two and making them work very well together. Microsoft, Google and even Canonical, the developers of Ubuntu, took note and also began experimenting with integrating the mobile experience into the daily life. Mobile has become increasingly important, and very much a large part of the lives of many. So it's only natural, after all. 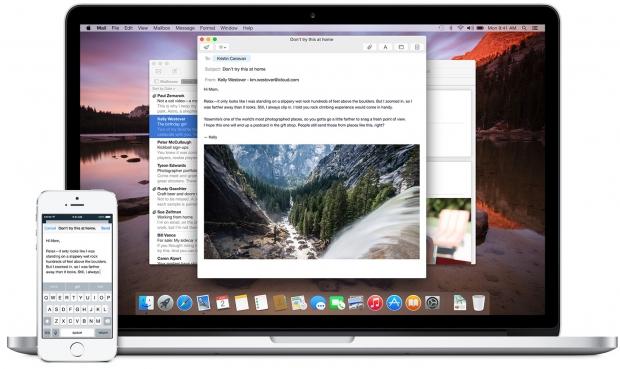 But even though they started merging their two OSs together, Apple still has four separate operating systems that, while very similar and that can all developed for using the same language (Swift and Objective C), they're still quite different and not at all the integration that we thought was going to happen.

Microsoft is actually committing to that vision that was seemingly started by Apple, and are very vocal about bringing together their disparate platforms. Windows 10, the Xbox One and now their phone all share the same underlying platform. That was the direction that we all thought Apple was going to continue into, until that progress didn't quite continue on like we thought. Even Ubuntu is the same across the many different platforms, with a sort of continuity mode that turns their phones into full-fledged computing system.

Apple's different OS's are actually different, and writing for one device doesn't mean it's native fro the others. They even announced that watchOS apps have to be native to the device, and not simply ports of existing applications. That was instead of working more to bring coverage to those different systems.

It could be, however, that Apple simply has something special up their sleeves, something such as an ARM-based laptop and even iMac that could set the stage for a truly universal programming environment. It isn't unusual for them to switch processors, and something they tend to do every 10 years. Moving from the Motorola 68K series of processors to the PowerPC and then to Intel. So maybe a change is due, and maybe that's the reason we haven't quite seen as much innovation in their operating systems while their competitors, even Google, are flying past them on the desktop side.