What would it be like to play Fallout 4 and never leave Sanctuary Hills, desperately scrounging for resources and relying on settlers to bring fresh materials in? Is it even possible to have fun, or even actually play like this? One Fallout 4 player proves that you can indeed accomplish such a feat, but it'll turn you into a cruel, reigning despot. 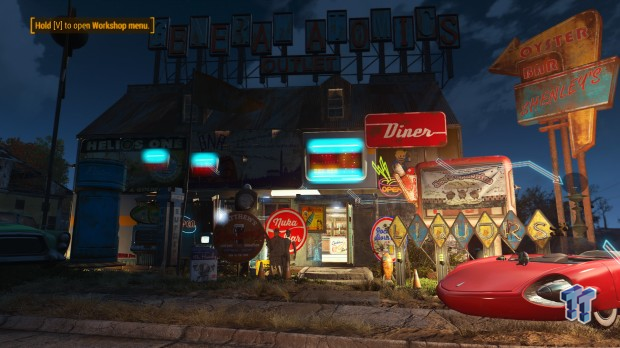 A Redditor named Sloth-King decided to test out the social dynamics of Fallout 4's settlement system and play the game never leaving Sanctuary. Surprisingly, he was quite successful--but it changed him into a horrible tyrant. Sloth-King chronicles his journey as a Wasteland king in a massive Imgurl gallery, displaying what it's like to play Fallout 4 in this manner...and it's pretty eye-opening.

Honestly, it's pretty interesting, and I never thought about trying to do such a thing before--being on PC I tend to just use console commands to instantly zap in anything I'd ever need. Sloth-King's adventure proves just how impressive Bethesda's settlement system is, and how far you can push it.