It was only a matter of time before some astute developer started doing the prudent thing, which is bringing older games to the Android platform. Counter-Strike, though a game that requires quick reflexes and a keen sense of your surroundings, has been made available in a fan-made port to the platform, and it seems to run very well.

The creator, Alibek Omarev, recently posted a video of him playing the port on YouTube. He captured the screen so you can see him launching the application from the launcher of his Android-based tablet. He went so far as to include fully working touch controls into the port, though they may not be your best bet if you're looking to get a high enough K/D ratio. You can customize those to your liking, however, should you decide to install it yourself. You can do that by visiting the Github page for the project.

The actual hardware requirements of the game are low, and the current GPU and CPU are more than capable of running it, so it speaks to the tenacity of the developer, Omarev, in going through the original with a fine-toothed comb in order to ensure it works properly. For al intents and purposes, this is CS 1.6, and it's been ported very well. The next logical step would be in allowing cross-platform play between Android and Windows. Oh, and of course letting Bluetooth keyboards and mice be usable in the game as well. Android just might become the next great competitive platform. Regardless, it's very impressive to look at, and ingenious. Just get in on it and download it before Valve shuts that door closed. 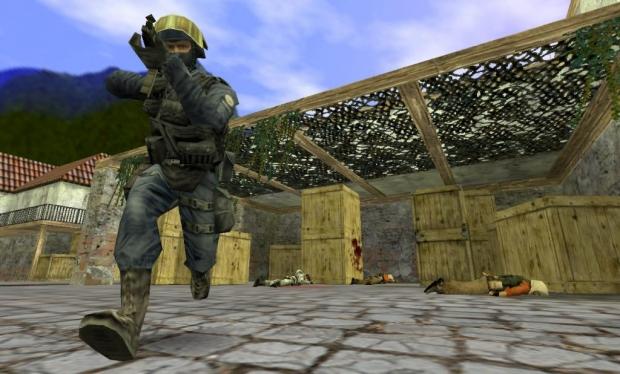