The best horror games in the genre don't rely on any one element to keep you engaged and interested. Instead it's a combination of discrete factors that prove to keep your heart and mind racing, fearful of the shadows before you despite it being merely a video game. And the true outliers that really amaze will have stories and perhaps even dialogue written by professionals that are able to craft stories in ways that excite and scare on both the more obvious and the deeper, subtle levels. In fact, it's what's left to the imagination that can be even more terrifying. 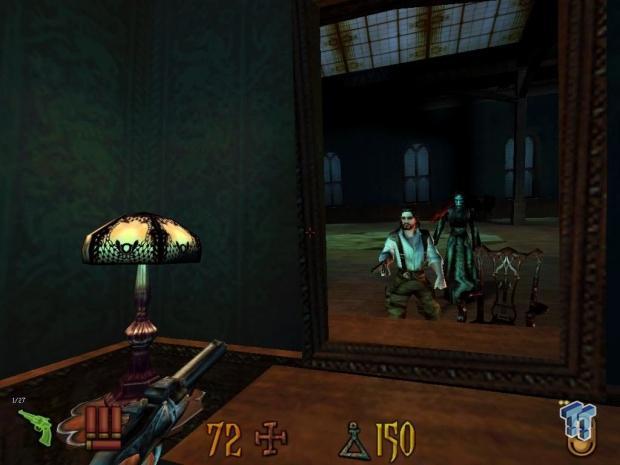 Clive Barker's Undying is, and was, an outlier of a game, one that belied expectations but still only managed a cult following (how appropriate). Strangely, DreamWorks and EA had a winning combination here, with a plot that's better than most current horror movies and games with action that's sufficient, if a bit simple at times. But overall it's a game worth playing, and definitely worth playing again.

You're invited to go see an old friend, but find him sick in bed and surrounded by supernatural occurrences. You might have thought you were brought in to help ease him into the other side, but no, your job is to explore the strange incidents that have been plaguing his estate, incidents that are likely to be fairly eerie, despite the age of the graphics engine. The whole story unravels in a logical way, having you explore a chilly mansion filled to the brim with magical mayhem just waiting for you to trigger it. It plays like a book, that is, the story is at the forefront. And it's awesome. 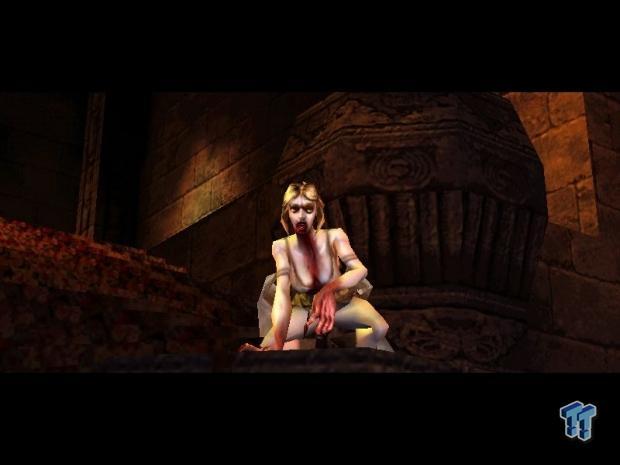 In the beginning while roaming through the mansion itself it almost reminds me of an adult version of Luigi's Mansion, with blood, guts, gore and tremendous amounts of ghastly violence. But it's not gratuitous either. though it's using the almost ancient Unreal Engine 1, the graphics are capable of portraying more violence, but instead of scaring you with conspicuous violence and fluttering organs, you're instead greeted with more indirect and eerie elements that tend to give you the chills.

If you listen to the dialogue, of which there is plenty of it, then it's possible to become a bit taken aback by the wonderfully unnerving things happening around the mansion. Surprisingly, the graphics are still acceptable today, with just enough detail and particle effects that are just good enough to be pleasant to the eye. The Mana spells that you have access to are all very well done within the confines of the technology available. Particle effects aren't too shabby, though they definitely aren't using PhysX (duh). Like many games of this era that are up on GOG it utilizes the nGlide wrapper to provide an intermediary between the classic Glide environment and modern DirectX.

Mostly it works well, and the prototypical feel of Glide is even maintained. Performance is actually quite fast, and though not all calls are always so efficiently translated, it's damn good. For the day, this actually looks great. You might laugh at some of the ways that things are rendered, but this is from a different era.

The consensus is that this is still a fun game, one that comes from the imagination of a master wordsmith that has been spun very well into a game that's playable and definitely very enjoyable. That's why we play games, or at least I hope that's why, because we like them. And there's little to not like here. It's worth exploring if you haven't and you happen to be a fan of the horror genre. 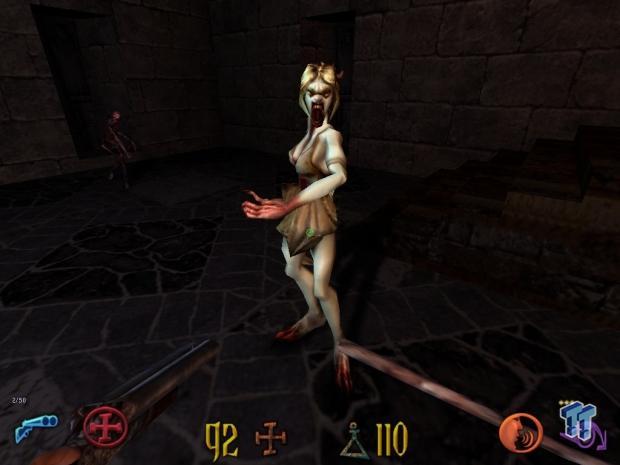