Nintendo has launched an app for Android and iOS in the US and Europe that lets you interact with your Mii and your friends' Miis. Miitomo, as it's called, features Mii creation, customization, photography, and social media sharing. 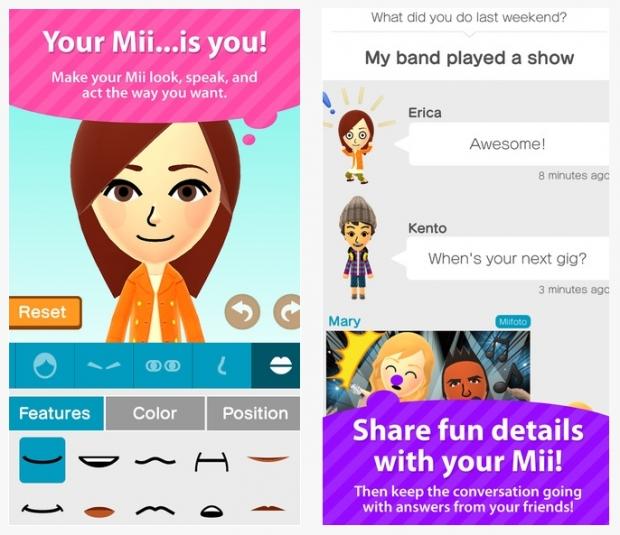 Also included: a minigame called Miitomo Drop where you 'drop' your Mii and depending on which platform it lands, you win a given prize (sometimes clothing). Drop costs coins which can be obtained through in-app purchases.

Miitomo can be downloaded here for iOS users and here for Android users.