With Dark Souls 3 just around the corner, we thought you could use a refresher on Hidetaki Mizayaki's final punishing RPG.

Namco was in attendance at this year's SXSW festival to show off Dark Souls 3, which culminated in a surprisingly informative live stream. The stream has a particularly energetic Namco commentator that highlights tons of features that From Software's latest cult offering has to offer, so you'll likely learn a thing or two. Plus you get to revel in the visual style; that overpowering sense of awe-inspiring woe is still ever-present, mingling with the haunted, eldritch darkness that permeates from the entire franchise.

In other news Namco Bandai has officially confirmed that Dark Souls 3 will hit 1080p 60FPS on PC, which is pretty important in games like these where every split second matters. Dark Souls 3 is slated to release on April 12, 2016 for PS4, Xbox One, and PC. 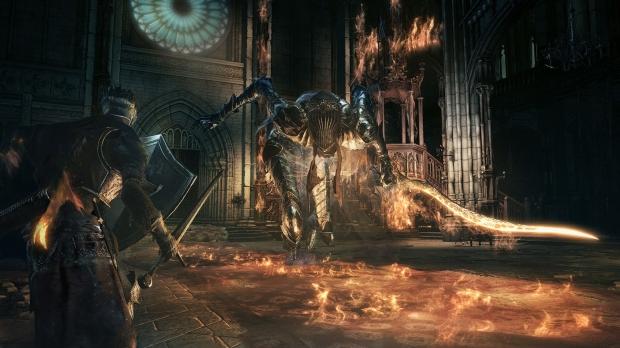