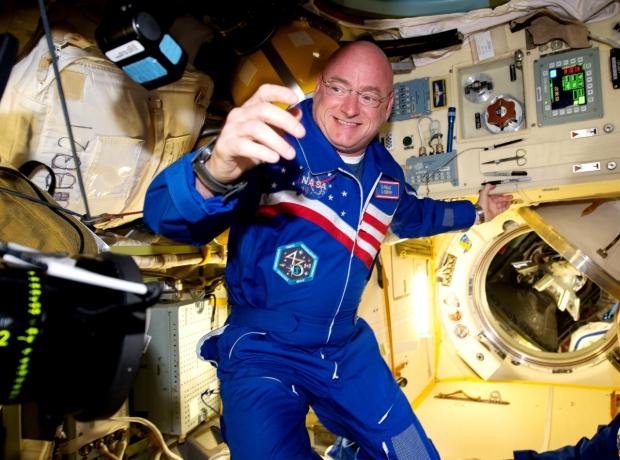 Non-social achievements for Kelly: harvesting lettuce and zinnia flowers in the VEGGIE facility, the latter of which will assist scientists for deep-space missions and the upcoming Mars mission.

Perhaps the most interesting results to come out of the mission will be due to Kelly having a twin brother. As you may know, spending long periods of time in space can have various effects on the body. With the assistance of Kelly's twin, NASA will be able to ascertain those effects more definitively in its Twins Study.