The 1954 Japanese masterpiece 'Seven Samurai' directed by Akira Kurosawa frequently shows up in just about every best film of all time list, (currently enjoying the 19th spot on IMDB Top 250), which is a shame that the film's is not in the best condition owing to the fact that the original 35mm negative is missing. But that's all about to change as Japanese studio Toho embarks on a painstaking new restoration. 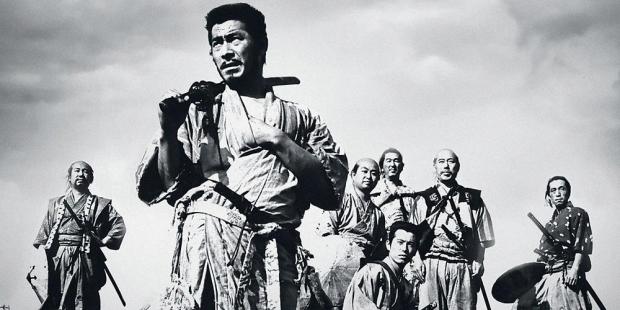 According to Kotaku, the studio has scanned a duplicate 35mm negative in 4K resolution and is digitally repairing over 60 years of damage, including scratches and film artefacts, as well as restoring the full opacity of the original black and white image which had faded in parts. The project is being supervised by Teruyo Nogami, one of the few remaining people alive today who worked on the film.

There's no current word on when the remastered film will be available, but it seems a pretty good candidate for the 4K Blu-ray format sometime in the near future.