After breaking its own promises about Quantum Break's exclusivity to Xbox One, many console gamers felt cheated. Everyone was asking themselves "why buy an Xbox One when I can get most of the games on PC, too?" By "innovating and growing its console ecosystem", Redmond delivered a significant blow to the Xbox community's morale, further weakening its own image. 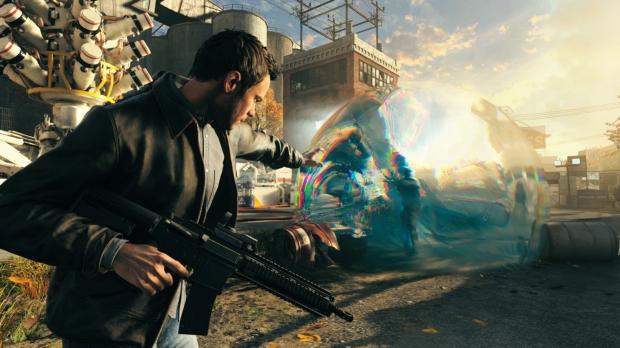 According to Microsoft marketing exec Aaron Greenberg, Team Lime Green isn't giving up on Xbox. On the contrary; Xbox is a "big priority and a huge commitment" for Redmond. Greenberg promises that the company will continue to invest and co-ordinate new Xbox One console exclusives down the line, attempting to dispel the jaded malaise that's spread across the community.

"Xbox is a big priority and a huge commitment, and we're committed to innovate," Greenberg said during Major Nelson's latest podcast. "Please do not let the fact that we're also launching a game on the same day on Windows 10 change your perspective on the importance of the console business, our commitment to innovating on consoles, and continue to invest and bring more console exclusives, in addition to kinda growing the gaming ecosystem."

"So from our CEO down at Microsoft there's tons of commitment and enthusiasm for our business. Sometimes we're innovating, some times we're experimenting, some times we're sort of charting new ground on different things [...]. Through all of that we always want to hear people's feedback. We're always listening. They may not always agree with 100% of everything we do, but we love the feedback. And that is a lot of what we do."

Although Greenberg's words sound genuine, they're still words, and right now gamers need to see actions. Xbox fans have lost some of their enthusiasm, and feel as if they've been lied to, so Microsoft will need to make an effort to pull them back in.

That being said, the Quantum Break cross-buy promotion actually has quite a few stipulations.

You only get the free Windows 10 copy if you pre-order a digital copy of the Xbox One flavor on the Windows Store or at participating retailers before April 5th. Physical disc-based pre-orders or purchases don't count, and it has to be a pre-order, not a day-of release purchase. So in a sense, it's not really cross-buy, but cross-pre-order. If you go to a retailer to pre-order, you get a special digital download token card with a code on it--this code has to be redeemed before April 5th to get your free Windows 10 copy.

Both versions of Quantum Break will have shared saves, so you can switch back and forth between each platform on-the-fly without losing your progress. Also be sure to remember Quantum Break is only playable on Windows 10, and will only be purchasable on the Windows Store.