Metal Gear Online is getting its first DLC campaign sometime in March of 2016. The DLC pack will include three brand new maps and the ability to actually play as Quiet. All for the low low price of $3.99. 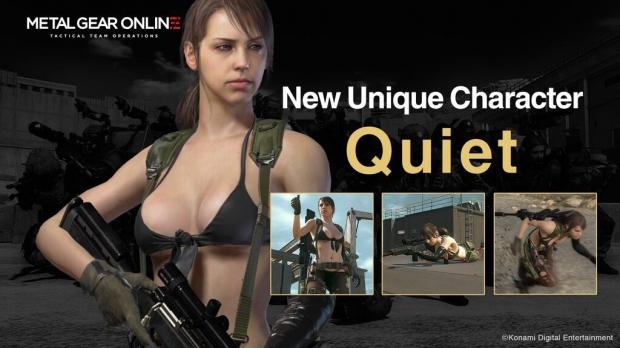 The new DLC is called Cloaked in Silence and also has an Appeak Action feature, which is something that triggers unique action poses for your characters. You can have up to five different poses preset to use. All of those poses can be individually purchased in the store as Appeal Packs.

A new Sabatoge mission type is being added, where you'll have to destroy an enemy missile before the round is up. There'll be terminals that you have to hack in order to make the would-be projectile ready for destruction first, though. Quiet will be a particularly good addition for this, with her ability to move about stealthily, able to sneak up on your enemies silently from behind.

Map details and European prices for the Appeal posing packs are listed below.