Trackmania has never been your typical racing game anyway, with the ability to put together some of the most insane tracks, limited only by your imagination. And the newest insane addition, Trackmania Turbo, now has a March 24th release date.

The dynamic racing game was originally intended to be released in late 2015, but that release date was pushed into 2016 back in October so that the developer, Nadeo, could further refine the mechanics of the game based on feedback from fans. The expectations are rather high for a series that's won a Guinness World Record for being the most popular online racing sim with the largest content base of any racing game.

When it releases it'll be available on the Xbox One, PC and the PlayStation 4. It'll support the Oculus Rift and eventually have support for PlayStation VR as well. 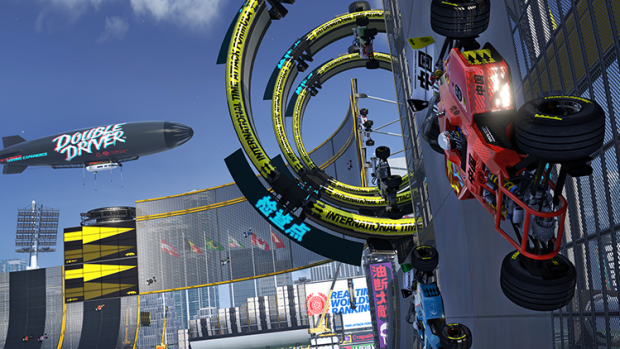