To celebrate the release of its WP100 chassis, Thermaltake has announced the '2016 Modding Fighting Championship' (MFC).

The first round will see world-renown modder and winner of the 2015 Thermaltake CaseMOD competition (season one) Suchao Prowphong from Thailand take on Jesse "JP Modified" Palacio, the winner of Thermaltake's 2015 CaseMOD season two.

This mod-off involves these two master artists creating a system build that suits their styles and will be showcased in the Tt Community forum starting from March 2016. Both of these experts will be using Thermaltake's liquid cooling, digital power supplies (RGB models) and a Core WP100 Super Tower each. 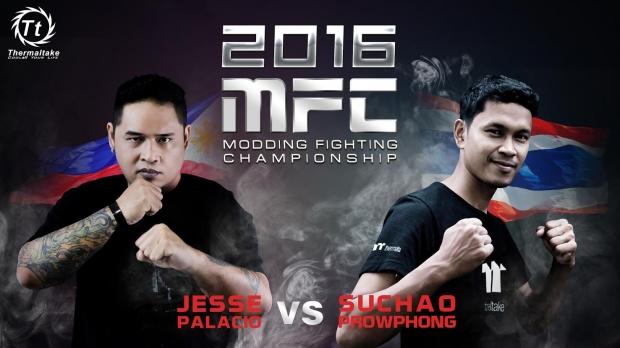