Strong evidence suggests a new planet 10 times the size of Earth has been hiding out at the edge of our solar system for...quite some time now. Tentatively named "Planet Nine", it would found in the outer darkness 30.5 billion kilometers from the sun, or about five times farther than Pluto. 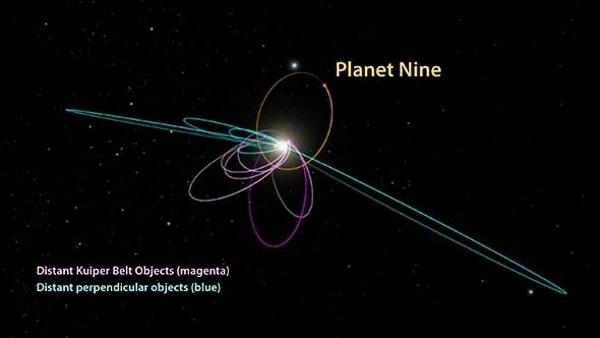 Evidence for this possible planet surfaced in 2014 but wasn't strong enough to be taken too seriously. Recently, scientists Konstantin Batygin and Mike Brown at the California Institute of Technology uncovered "anomalies in the orbits of a handful of smaller bodies they can see", indicating they were being "shepherded" by the gravity of a planet. As a result, the likelihood Planet Nine does indeed exist has majorly increased, and the scientific community at large is taking note.

While there's no detection as of yet, Chad Trujillo of the Gemini Observatory in Hawaii says it's "pretty convincing", while David Nesvorny, a solar system theorist at the Southwest Research Institute remarks, "These guys are really good. They make a good case."

Some claim it would be so dim that it's no wonder it hasn't been discovered yet, but Brown says, "This a case where we had our noses buried in the data, never stepping back and looking at the solar system from above. I couldn't believe I'd never noticed this before. It's ridiculous."

Planets as large as Nine are known to exist, but not within our solar system.