Project CARS is still one of the best-looking games on the market, but it will get much better when VR support is delivered - with developer Slightly Mad Studios teasing it has a "whole bunch" of VR extras being prepared. The Oculus Rift launches on March 28, so we should expect VR support "as the CV1 goes live" according to Slightly Mad Studios. 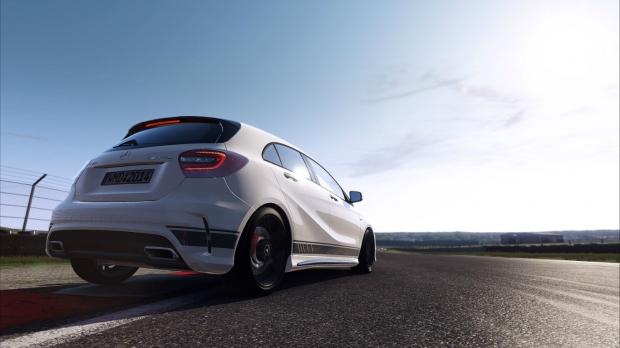 SMS confirmed in a new thread on the Oculus subreddit that a new patch is being rolled out today, adding support for the public version of Oculus' v0.8 SDK. The team said: "We're rolling out a patch today that will bring the public version up to SDK 0.8. Internally we have been working for a few weeks now with the RC SDK, and as the final version will only be released when the CV1 hits the street, this means that any updates we've been working on will also roll out when that happens".

The team added: "So short term that means that you won't be getting any new features/fixes for Project CARS, but luckily it's only a very short time. As soon as the CV1 goes live, you'll be receiving a game update with a whole bunch of features, fixes, and optimizations".