We now know that AMD will be launching its Zen-powered Summit Ridge FX CPUs late this year, after being in development for the last two years. 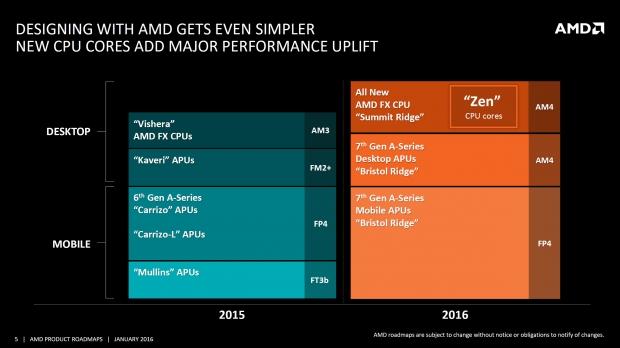 AMD will launch its new processor families; Summit Ridge and Bristol Ridge, later this year - both hitting the enthusiast and mainstream markets. The news came from AMD's recent earnings call - where they reported a 28% decline in revenue. The Zen architecture is super-exicting, as it will be a completely revised design, more CPU cores, Simultaneous Multithreading Support (SMT), high-bandwidth, low-latency cache on the FinFET process, and so much more.