CES 2016 - Computer audio has been somewhat stagnant lately, with even Creative letting the audio chipset they developed for the Sound Blaster Z line carry them over in the discreet audio world for awhile. But that hasn't stopped them from continually upping the game in the field of audio. 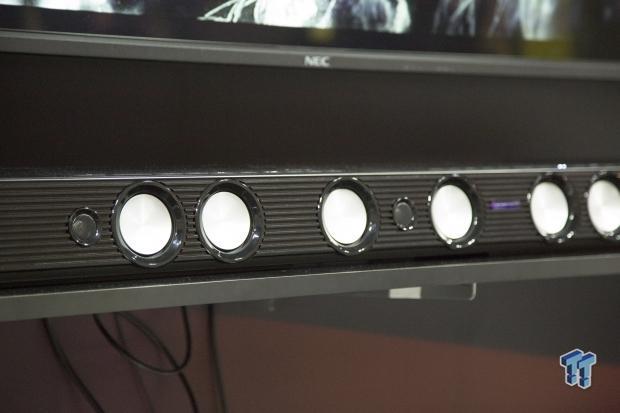 For their next trick, they're bringing 15.2-channel sound, and Dolby Atmos certification, to the living room in the form of a sound bar. That's right, a premium sound bar device that lets you enjoy what's usually reserved for theaters or the incredibly willing audio enthusiast.

The X-Fi Sonic Carrier is more than just a way to enjoy Atmos enabled content, which is where there's more positional data encoded in the source than there probably is in real-life, but it's also a complete home entertainment solution aiming to take on the living-room entertainment space. And the positional audio from one bar is actually pretty convincing too.

The demo wasn't in the best setup space, with an open area, but even in in the middle of the loud show-floor, the sound demoed through it (a Dolby Atmos demo) had convincing enough audio and it had a premium sound to it. It also got very loud without any distortion.

The entire thing is made from aluminium and is capable of video playback at 4K 60FPS to TV's that support that. The software is Android based and can use apps that are designed for it, with Netflix, Hulu and HBO Go being the first out the gate. Should you just want to enjoy up-sampled audio bliss instead, you can do that via Google Cast, AirPlay, Miracast or other DLNA enabled devices, or through apps installed on the device itself. 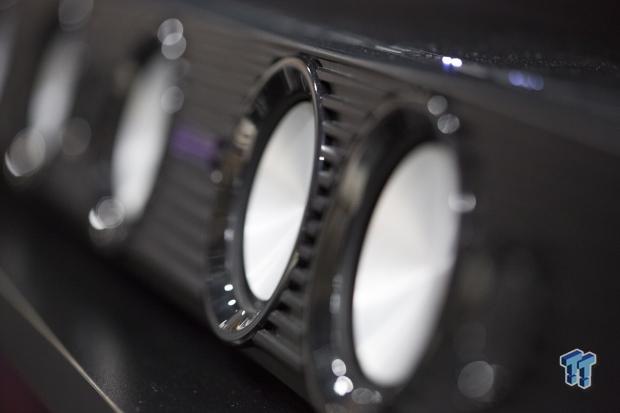 Around the back it has a lot of connectivity, with 802.11 b/g/n/ac, Ethernet, Bluetooth, 2 analog audio inputs, 2 digital optical inputs, 4 HDMI 2.0a inputs and 4 microSD card slots for listening to music and watching videos directly on your own media. The number of inputs put it in a great position for those that want something simple to setup that's also not lacking in features, or sound.

As a single device replacement for home entertainment, it's convincing in sound quality alone, but I'm curious how their Android based OS will fair. It'll be even better if all applicable Google Store apps could be compatible. If not, then a potentially smaller eco-system could hamper it. 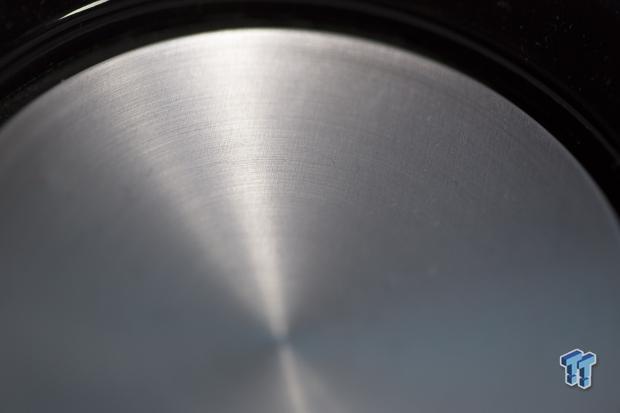