There seems to be some chatter among Taiwanese supply-chain suppliers that GIGABYTE is also going to attempt to enter the VR headset market, along with ASUS. 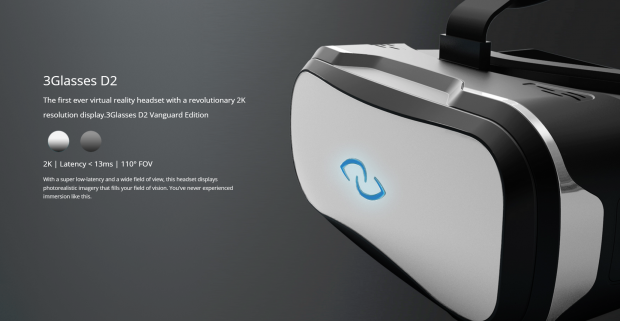 But we already knew ASUS was interested in their own solution for use with their gaming notebooks, because that would allow for a first party solution to their products that would let consumers use an ASUS only ecosystem.

According to DigiTimes GIGABYTE is going to work with VR developer 3Glasses, which already have a few interesting and competitive VR solutions in their product lineup. The above is their flagship D2 Vanguard Edition with a 2K screen and latency that's less than 13ms, something needed for a good VR experience.

GIGABYTE likely wants to provide the same inclusive eco-system that ASUS already does with plans to make their own VR solution be a selling point for their upcoming gaming laptops, even though they'd have to be plenty powerful to run any kind of VR headset.