Returning to his nearly 40 year old love/ hate relationship with the franchise that made him a household name all over the world in 'The Force Awakens', Harrison Ford has revealed to 'Good Morning America' that he's seen the final cut of the eagerly awaited upcoming film, three weeks before us simple nerds. So what did he think?

On the publicity trail for the film, Ford told GMA's host that the film is "is great... it's a wonderful movie, it's got great production values. It's a real big movie and I was delighted to see it." Justifying his past criticism of the Han Solo role, Ford continues that his 'Force Awakens' role is part of "a more complex story... a little bit more of an emotional context than perhaps there was before". 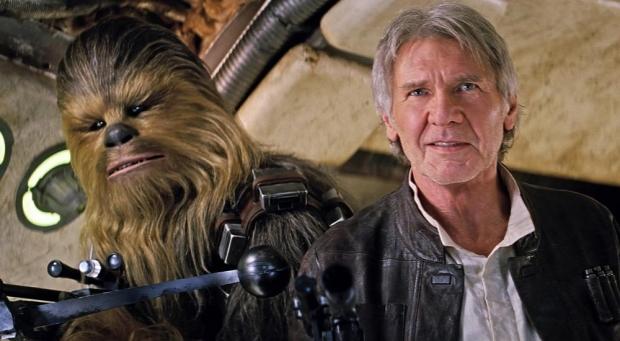 Naturally, you'd expect the top-billed star to say nothing less, but nonetheless his praise does bode well for a film that the world will devour in just a few short weeks from now.