Bethesda's massive open-world games often come with caveats, with bugs, glitches and performance hitches being the most common trade-offs. We've known for a while now that Fallout 4 has performance disparities between consoles and PC, but now users have spotted a quest bug that will crash the game across all platforms. 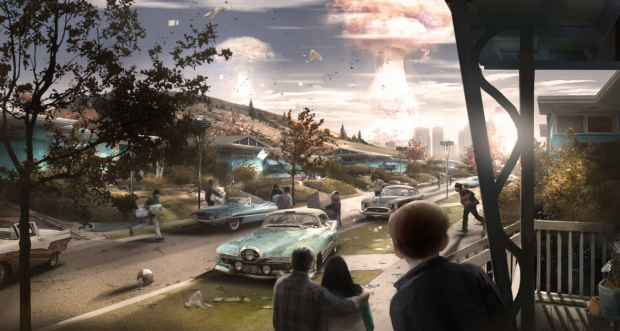 The bug was first reported on the Bethsoft Forums a day after the game came out, and is repeatable across PlayStation 4, Xbox One and PC. According to the post, the glitch is quite nebulous and hard to pinpoint. The most definite reports pinpoint the Monsignor Plaza and the C.I.T. Ruins as the exterior environments that trigger the crash, along with the Hunter/Hunted questline and some bits of the Boston After Dark quest path. Reports indicate that having the Nick Valentine quest Unlikely Valentine active will trigger the crash when visiting aforementioned areas.

Users are reporting various effects including simple crashes to desktop on PC and error messages on console, and even the more extreme corrupted saved data files. PC users are able to use Fallout 4's console commands to reset the affected quests via codes, so if you're having troubles be sure to scan the forum posts.

The bug seems to be pretty huge and has afflicted many users, who are sharing stories and trying to pinpoint the exact nature of the glitch. Hopefully Bethesda will step in with an official fix soon. For now be sure to check the forums as well as this handy troubleshooting checklist to attempt a fix.