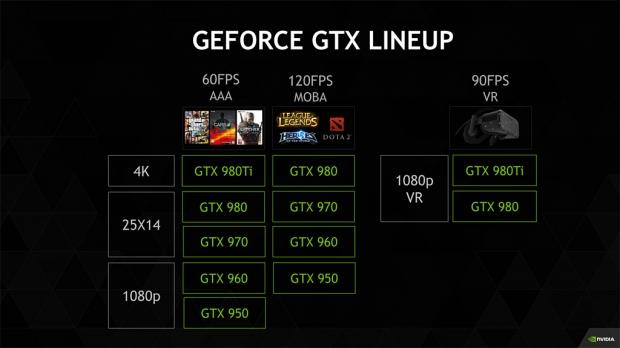 The more we move into the new year, the more we're going to see VR headsets released with the HTC Vive due later this year, and the Oculus Rift released in the New Year. NVIDIA is right on top of it all, with a full product stack ready for VR gaming.