Rumors of its development were reported on a few weeks ago, but now Ubisoft has officially announced Zombi for the Xbox One, PlayStation 4 and PC. The reveal trailer is embedded below.

Hélène Henry, a Producer on Zombi, explains: "We knew from the beginning that maintaining the tension and feel of the original was one of the main challenges, as the way ZombiU was presented on Wii U cannot be reproduced. We maintain a minimal HUD as much as possible," Henry says. "It disappears when not required, giving the game a very lonely feeling. If you have surround sound, the awesome sound mix from the original still stands and greatly helps immersion. As much as possible, we've tried to keep those key elements".

The Xbox One, PS4 and PC do get a treat when it comes to the field of view (FOV), which has been increased on Zombi. Henry added: "Also, there has been a slight increase in the field of view and players can increase and decrease it a little if they want to, but not so much that it takes away that claustrophobic feeling. Some work was also undertaken on the control mapping and response to improve the look and feel of the first-person movement". To finish off, Henry said: "We kept the central idea that you're always vulnerable," Henry says. "Rummaging in the backpack still doesn't pause the game. We've added a dedicated button to access the backpack, which lets players see their full inventory and assign shortcut keys". 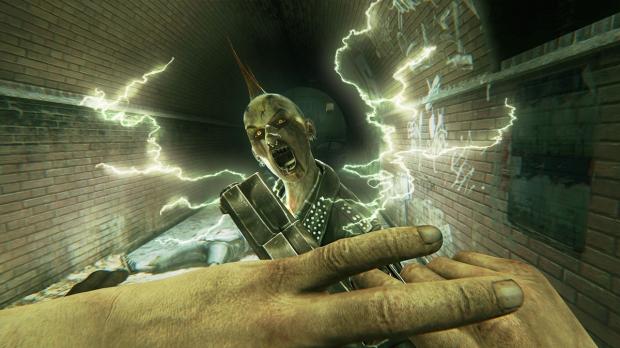