Team17 has announced 'The Escapists' meets 'The Walking Dead', set as a fusion between The Walking Dead and The Escapists game. Developed thanks to the help of Skybound Entertainment, this new title will allow allow gamers to play as Rick Grimes and provides hundreds of 8-bit pixel art zombies waiting to be destroyed. 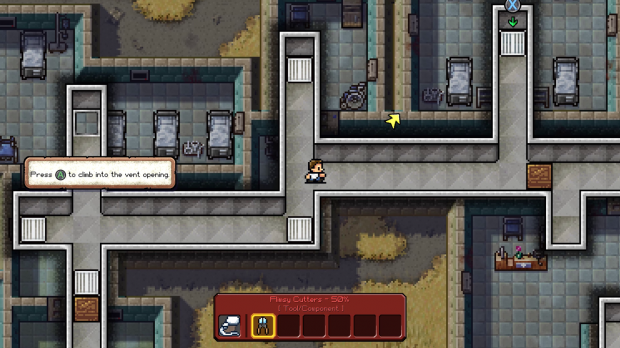 The aim of the game is to help your friends to safety, seeking escape routes in each area whilst juggling other complex tasks. Based on the comic book series, the story line is said to closely follow what you may have read - allowing for an immersive experience.

Skybound Entertainment's Daniel Murray says that fusing The Escapists and The Walking Dead is one of the best ideas he has heard in a long time, commenting that this title is "A playful interpretation that we believe fans of great games in general will love."

Set for a 2015 release on Xbox One and PC, more information can be found on Team17's official website.