With four 'Star Wars' films currently in production, including this year's 'The Force Awakens' and the just announced Han Solo standalone film, Lucasfilm and the Walt Disney company have today launched an official 'Star Wars' app for Android and iOS devices which aims to bring the galaxy far, far away just that little closer.

Promising 'instant notifications on big announcements, including trailer releases and movie news' and the ability to 'Take and share a Star Wars selfie in various iconic costumes and settings, including Jedi, Princess Leia (with hair buns), Han Solo's carbon freeze, and more', both versions are currently clawing up the way of the platform charts. 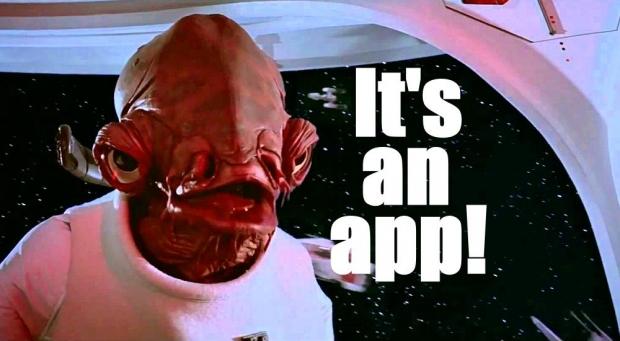