We knew it was coming before it was announced, and this was one of the cards I was most excited about. AMD has finally detailed the Radeon R9 Nano, based on its new Fiji architecture and High Bandwidth Memory (HBM). 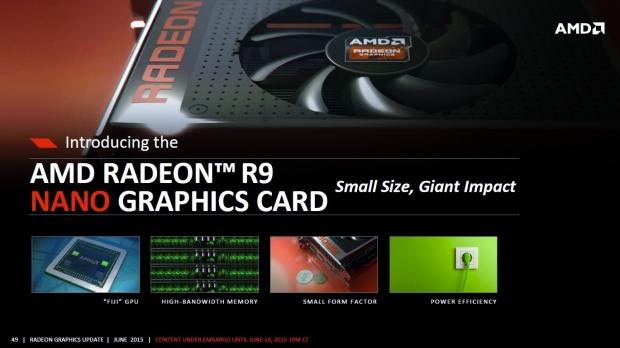 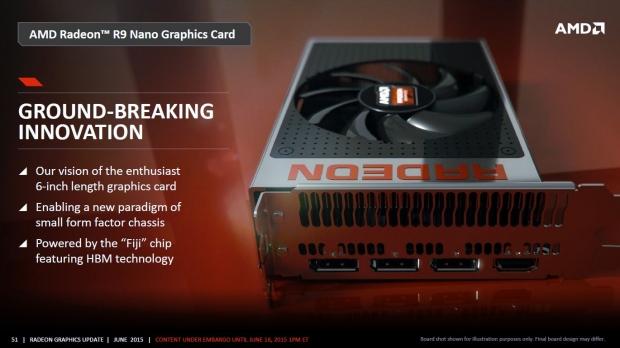 The AMD Radeon R9 Nano features the Fiji GPU, 4GB of HBM on a 4096-bit wide memory bus with 512GB/sec of bandwidth. We're looking at 200% the performance per watt of the Radeon R9 290X, with the Radeon R9 Nano only featuring one 8-pin PCIe power connector and a TDP of just 175W. 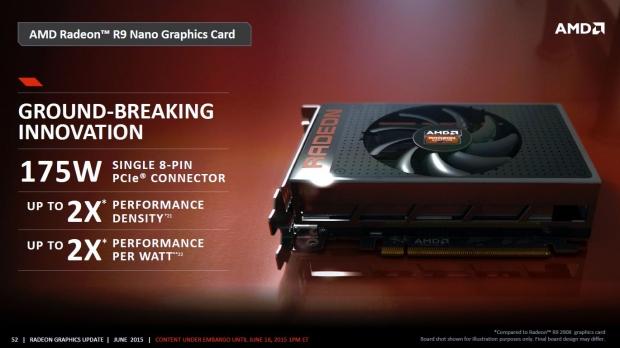 AMD is expected to launch the Radeon R9 Nano later this summer.