We're only a couple of days away from Computex 2015 kicking off, with ASRock showing off two of their upcoming Z170-based motherboards in the form of the Z170 Extreme 7 and Z170 FATAL1TY Gaming K6 motherboards. 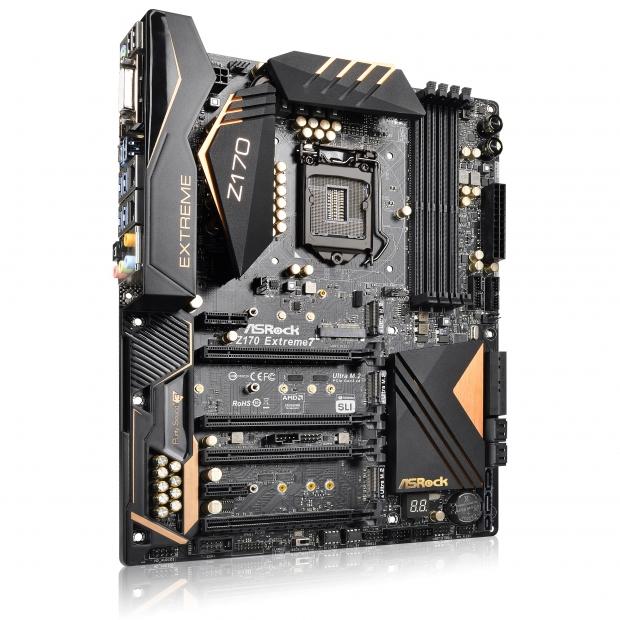 These two new boards will feature Intel's new Z170 chipset, which will handle the company's upcoming Skylake processors which are launching in Q3 2015. ASRock has spent some time on the design of the new Z170 motherboards, with a slick new look for these Skylake-powered motherboards. The boards use the LGA 1151 socket, with these new Z170-based motherboards supporting DDR4 RAM.

The ASRock Z170 Extreme 7 motherboard will feature four DDR4 DIMMs, SATA 10Gbps support, SATA Express, USB 3.0, Ultra M.2 support, and much more. ASRock has deployed its Purity Sound 3 design on an isolated part of the PCB, so you shouldn't have any interference with your audio on the Z170 Extreme 7. 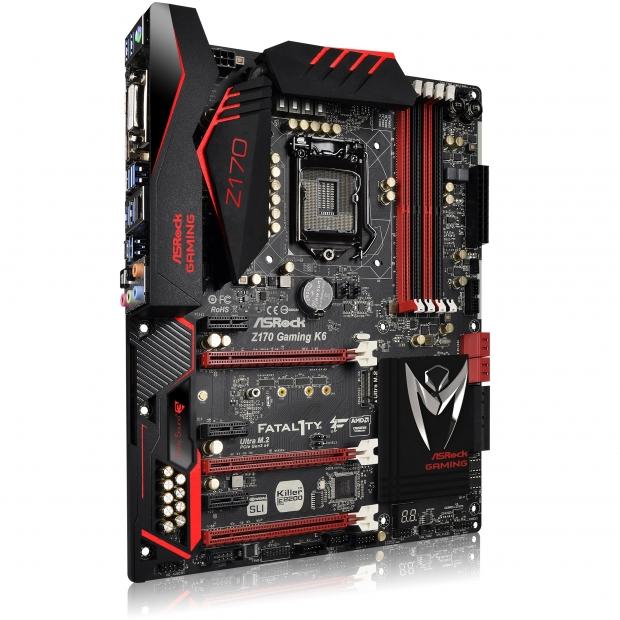 The gaming series motherboard from ASRock, the Z170 Gaming K6, is part of the company's FATAL1TY branded motherboards. This motherboard is similar to the Extreme 7, but it sports a black and red theme. We have the same four DDR4 DIMMs, SATA Express, USB 3.0, Ultra M.2, and all that jazz.

We should expect ASRock to show these motherboards off at Computex next week, where we will get some up close and personal shots of them for you.