In something that isn't too surprising, but is a dirty trick: Microsoft has used footage from the PC version of The Witcher 3: Wild Hunt running at 60FPS to advertise the Xbox One version of the game, which runs at just 30FPS.

The new footage is called "Precious Cargo" and is another step in the marketing for The Witcher 3 before its May 19 release on the Xbox One, PS4 and PC. But, with the PC version of the game the only version capable of 60FPS, with developer CD Projekt Red stating that both the Xbox One and PS4 versions of the game locked at 30FPS, this is some tricky marketing from Microsoft. 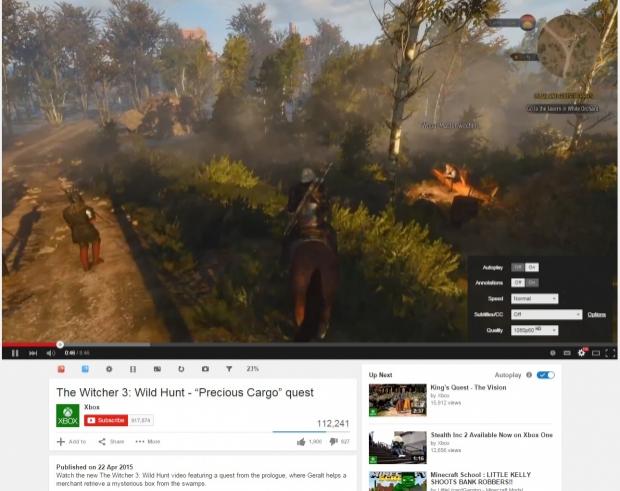 Microsoft are advertising it on the official Xbox channel of YouTube, with a single line that explains it's running on the PC version of the game: "In game footage provided by CD Projekt Red, captured on a PC". As you can see from the screenshot above, the video is even being pushed at 1080p and 60FPS, which the Xbox One is clearly not capable of with The Witcher 3.