With Avengers: Age of Ultron out next week here in Australia and on May 1 in the US, what better time for Warner Bros. to spin up the marketing campaign for Batman v Superman: Dawn of Justice, than now? 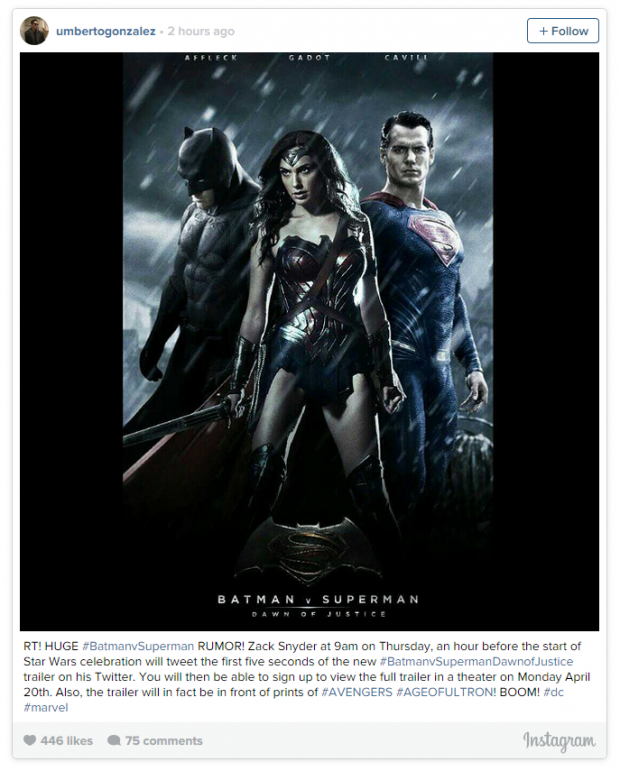 We're being told that we're going to see the sure-to-be epic trailer to Batman v Superman on April 20, as it'll be attached to Mad Max: Fury Road, but we're to expect some new footage, as soon as this week. Zack Snyder, the Director on Batman v Superman, will reportedly release a few seconds of the trailer on Thursday, an hour before the new Star Wars trailer arrives during the Star Wars Celebration event.