With the marketing campaign for 'Terminator: Genisys' well underway, the film's stars, including Arnold Schwarzenegger, Jai Courtney and Emilia Clarke appeared on 'Good Morning America' during the week, with Arnie professing his dislike of the last entry in the series - 'Terminator Salvation'.

The only entry in the series to not feature Schwarzenegger in a starring role (no, the nightmare inducing CGI recreation from the film's finale doesn't count), 'Terminator Salvation' was not beloved by fans, and unsurprisingly neither by him. When the interviewer pointed out his absence, Arnie remarked "Thank God... it sucked", to the obvious surprise of his co-stars. 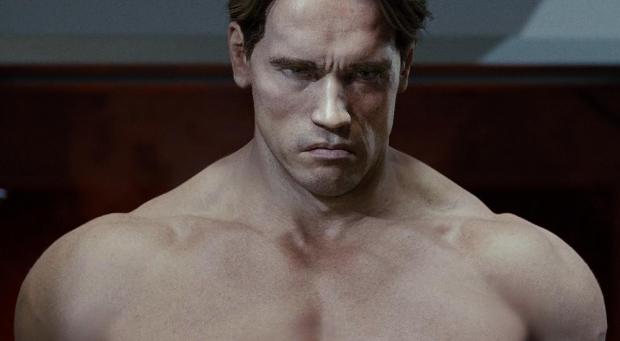 'Terminator Genisys' kicks off a new trilogy of films and hits screens worldwide on July 1st and for the first time in 3D, helmed by 'Thor: The Dark World' director Alan Taylor.