With over 150 suppliers shipping 34 million displays over Q4 2014, Dell has maintained its position as the number one PC monitor supplier in the world, according to the latest report from the IDC. 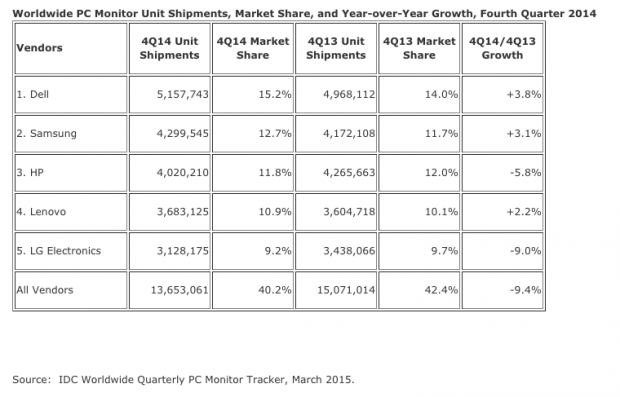