GDC 2015 - Sony has detailed its PS4 headset during GDC 2015, which is much better than the one that they've shown off a few times now. Project Morpheus will ship in the first half of 2016, but we don't have any pricing just now. 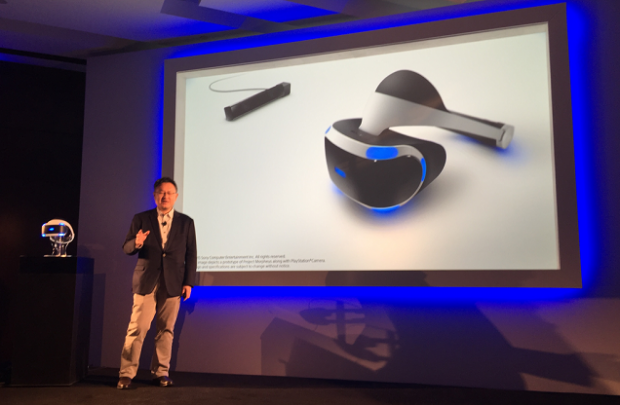 The latest version of Project Morpheus features an OLED-based 1920x1080 display with options for the framerate between 60FPS and 120FPS. Inside of the PS4 exclusive VR headset it a 5.7-inch panel with 360-degree tracking, with Sony teasing that it has super-low latency, which is under half of what the previous prototypes of Project Morpheus has had until now.

Sony has said that you'll be able to wear glasses underneath Project Morpheus, which is designed to have a single band that goes over your head. Sony will be detailing Project Morpheus in more detail at E3 2015 in June.