We knew a new Pebble smartwatch was coming, but what we didn't know is that it would appear on Kickstarter and create black hole for consumers money to be sucked into. 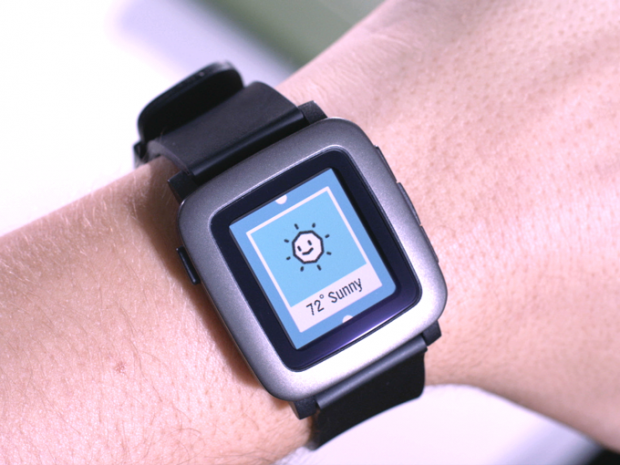 Pebble had a $500,000 funding goal for its new smartwatch, reaching this goal in 17 minutes. Yes, seventeen minutes. Would be customers of the new smartwatch pledged over $5 million in less than 24 hours, making the new Pebble Time smartwatch one of the most funded projects on Kickstarter, ever.

The new Pebble Time smartwatch features a new "timeline interface" and a new color e-paper display with a built-in microphone that you can use to response to notifications. There's up to 7 days of battery life, and its water resistant, too. The new Pebble Time is backwards compatible with the 6500+ existing Pebble apps and watch faces, with three colors to choose from exclusively on Kickstarter.