ASRock has jumped out ahead of Computex 2015 in June, announcing some new USB 3.1-capable motherboards and PCIe cards. The company has announced that it will have a range of USB 3.1 products, including USB 3.1 PCIe cards that will either have two Type-A ports, or a combination of Type-A and Type-C. 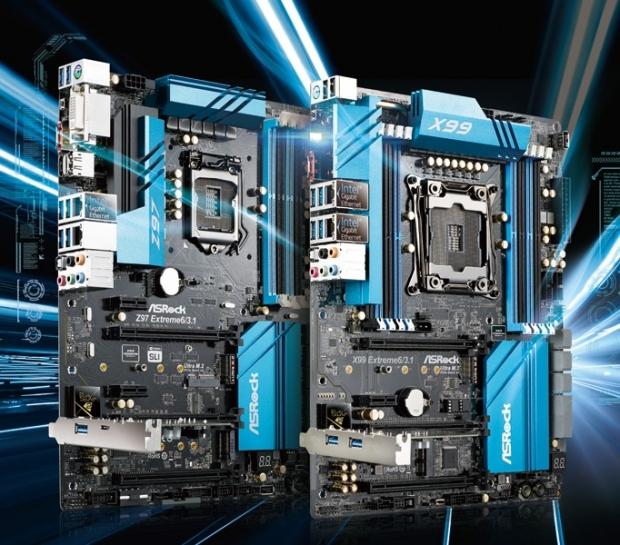 Starting off with the motherboards, we have the Z97 Extreme6/3.1 and the X99 Extreme6/3.1. The Z97-based motherboard features a combination Type-A and Type-C card, where the X99 version includes two Type-A because the board already rocks a Type-C port on its I/O. 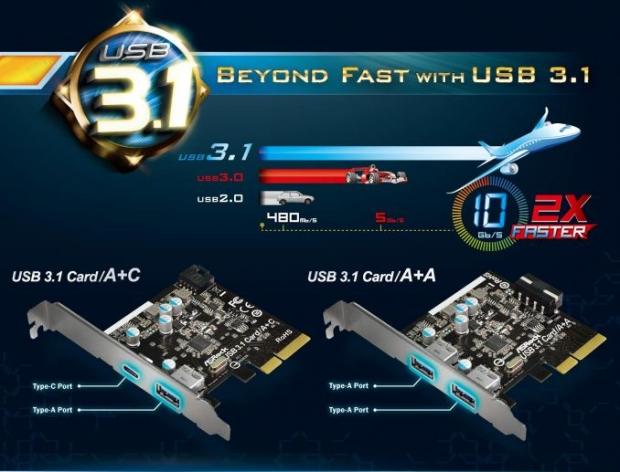 When it comes to the PCIe cards, which provide a huge 10Gbps of bandwidth that will be capable of saturating a USB 3.1 port. The two ports will have a combined throughput of 10Gbps, versus 10Gbps per port. The PCIe cards have power requirements, with the dual Type-A cards requiring a 4-pin molex connector, while the combo card requires a 4-pin custom/floppy-sized connector. Each card has up to 3 amps at 5V, which allows for 15W charging.