Nintendo has posted its latest financial report, where we can see just how successful its consoles and handhelds are. Starting with the New 3DS, it has helped Nintendo push the "3DS family" over the 50 million mark. 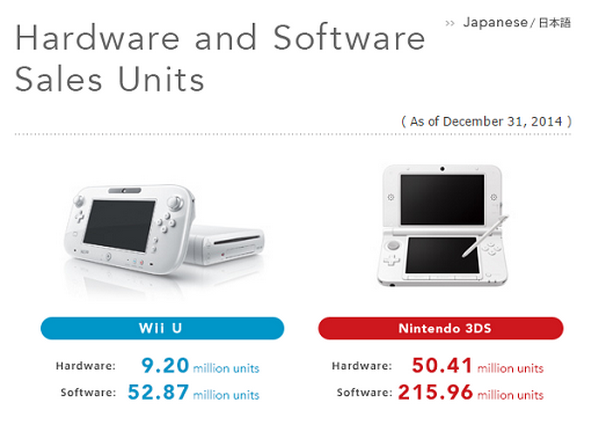 This is all while the New 3DS hasn't even launched in the United States or Europe, with these sales scooting along in Japan and Australia for now. When it comes to the Wii U console, Nintendo pushed 1.91 million units during the holiday quarter, while Wii U sales are sitting at a total of 9.2 million systems. Wii U software sales are sitting at 52.87 million.