The blockbuster sequel/reboot 'Jurassic World' got an injection of enthusiasm following the strong reaction to the debut of the film's teaser trailer late last year, but many fans wanted to see something they hadn't before; namely the much hyped new dinosaur Diabolus Rex or 'D-Rex', who was only barely glimpsed. 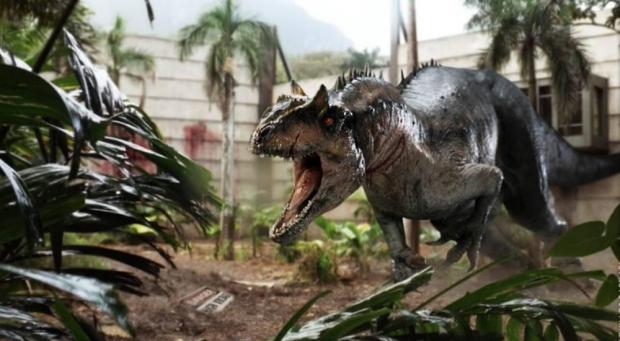 While an earlier image from an upcoming Lego set gave a hint to the animals design, the leak of what looks to be 'Jurassic World' promotional party accessories has now confirmed the D-Rex design, along with an updated T-Rex.