HTC has pretty much just confirmed its upcoming codenamed Hima smartphone, or the One M9, for Mobile World Congress 2015 which kicks off on March 2, but HTC will be hosting its own event on March 1 to debut the new smartphone. 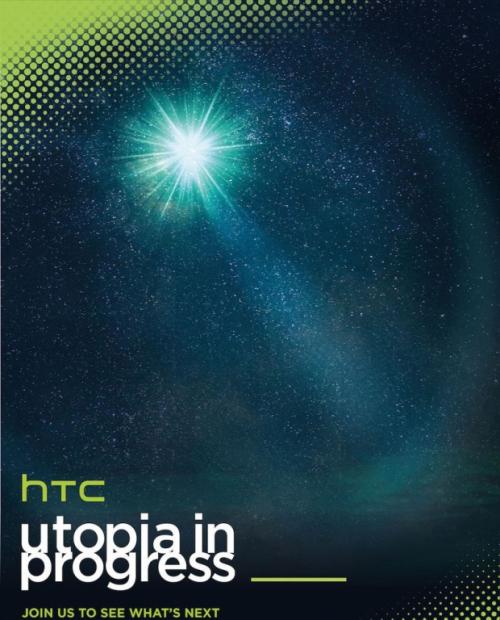 There's no concrete information on it, or whether HTC will be actually unveiling the new One M9, but the tease is that "utopia in progress" should be enough. The picture on the invitation itself is filled with stars, with a single burst of light that highlights the company's invite.

What will the One M9 materialize into? We should see it featuring a high-end Sony-built rear-camera, Qualcomm Snapdragon processor, a QHD display, Android 5.0 Lollipop with Sense 7.0 UI and much more.