As seen on the official Halo Twitter account, Halo 5's multiplayer beta has been opened up to the public, ending on the 18th of January 2015. 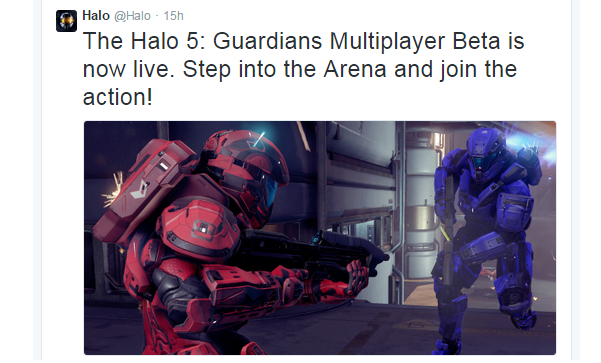 Anyone who has purchased the Halo: The Master Chief Collection automatically should have access to this beta, with the full game set for launch this fall and exclusive to the next-gen Xbox One console.

This sequel is said to continue the story of Master Chief and introduce Spartan Locke, a brand new addition to the series. Once again you'll be fighting against peace-shattering invader aliens, seeing Spartan Locke on a mission to find the somewhat-elusive Master Chief alongside solving a complicated mystery that threatens the entire galaxy.

According to developer 343 industries, Halo will be around for 30 more years, so here's hoping this latest release is a massive success to help boost the franchise.

You can pre-order this title from the Microsoft Store and read the full announcement on Xbox Wire.