With CES fast approaching we expect an increasing number of storage-related product launches. LiteOn leads the pack with the release of their new ZETA Series of SSDs. These SSDs are being launched in the Asian market, but these products often appear later in North American and European markets. The SATA 6Gb/s ZETA comes in three capacities of 128, 256, and 512 GB, and utilizes up to 512MB of DDR3 as a cache buffer. 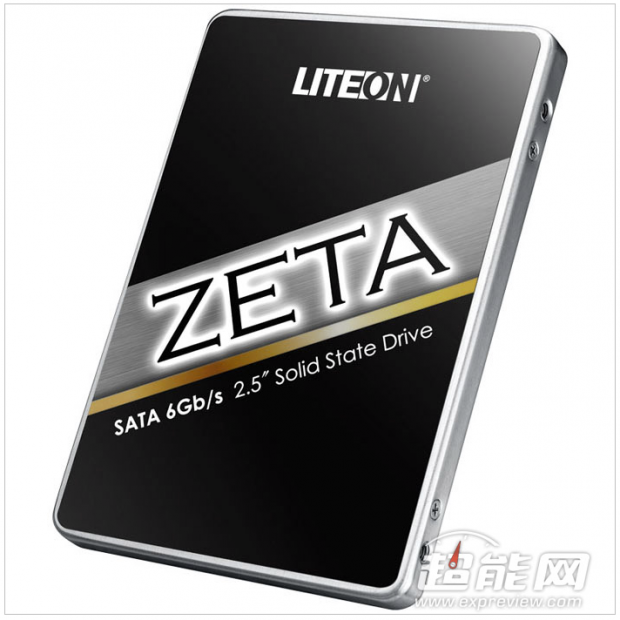 The drives feature 520 MB/s of sequential read speed for all capacity points, but write speeds vary by capacity and top out at 430 MB/s. The random read IOPS weigh in at 83,500, and random write speeds top 80,000 IOPS. The ZETA leverages the relatively rare Hynix 16nm MLC NAND and is geared for the value market. Current pricing is 439 yuan ($70 USD) for 128GB, 799 yuan ($129 USD) for 256GB, and 1599 yuan ($258 USD) for the 512GB capacity point. A smattering of typical SSD features, such as TRIM, NCQ, and AES 256 encryption, round out the ZETA. There is no word on the controller, but Hynix has been rumored to only sell their NAND to customers who also purchase their LAMD controllers. This has led, in part, to the relatively rare use of Hynix NAND, though Intel is utilizing it in some of their offerings. 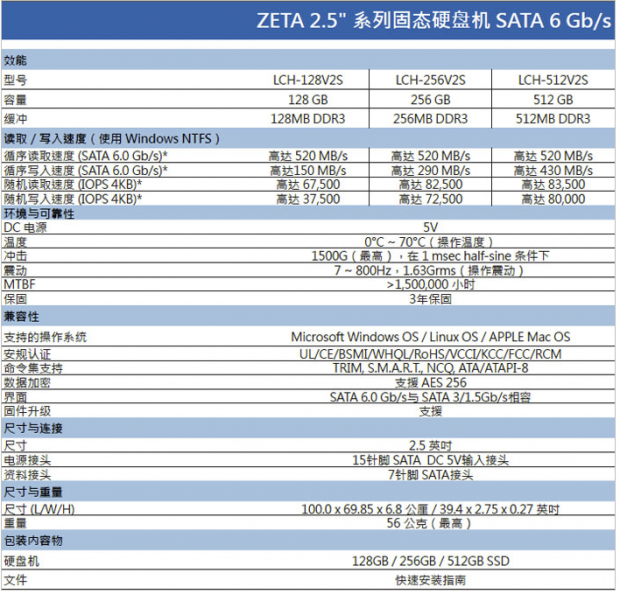