According to a press release issued yesterday, TomTom's navigation technology will be featured in the 'Uconnect' infotainment systems installed in new Fiat 500X cars being sold throughout Europe, starting early 2015. 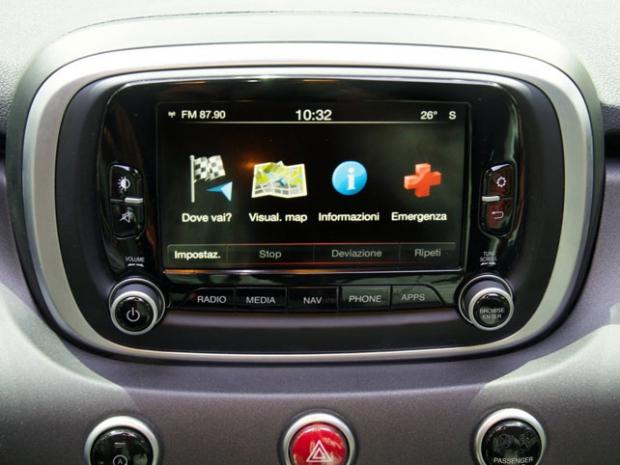 These Uconnect systems will come pre-installed with TomTom software including their traffic, speed camera, weather and 'places' services. TomTom will also see their navigation systems featured in these new production models, reportedly offering highly accurate traffic services, which are said to receive over 100 million kilometers of real-time traffic measurements daily.

TomTom's Vice President of Automotive, Jan-Maarten de Vries, commented that "We [TomTom] are delighted to extend our relationship with Fiat," further stating that "by adding TomTom's LIVE services and software including accurate traffic information, the latest road closure information and better routes, Fiat empowers drivers with more advanced knowledge of the road ahead, to help make journeys faster."

With various different companies offering traffic and navigation services to different car manufacturers, when will it be Google's turn to shine? For most who don't own an in-car navigation system it seems that Google Maps is generally the way to go (if you're on the Android platform), so we're very interested to see if and when Google decide to make a major move into the automotive world.

We're certainly not taking anything away from TomTom's systems or business achievements - we'd just love to see what competition Google can offer.