Telltale Games' upcoming Game of Thrones game is nearly here, with the first episode arriving on December 2 for PC, Mac, and the PS4. The next day, on December 3, it will arrive for the Xbox One and Xbox 360, while on December 4 it will arrive on iOS. PlayStation 3 owners will have to wait until December 9. 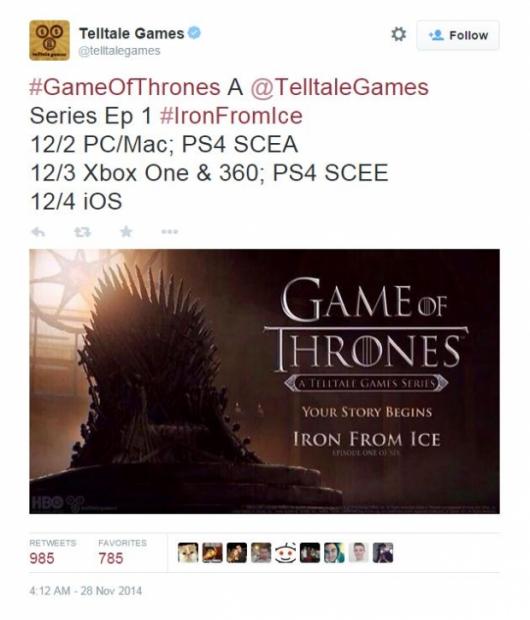 The game itself takes place toward the end of season three in the HBO show, and before the start of season five. Gamers will be propelled into House Forrester, a noble house from the Wolfswood in the north of Westeros. Players will be able to play through five different perspectives in the game, from servants to House members.