Ubisoft is nowhere to be found when it comes to the new iPad Air 2 from Apple, especially with crazy, insane numbers like 120FPS. But, the full specs on the new iPad Air 2 show that there are some big upgrades in Apple's thinner iPad Air, especially when you consider there was nothing but a Touch ID addition to the 'new' iPad mini 3. 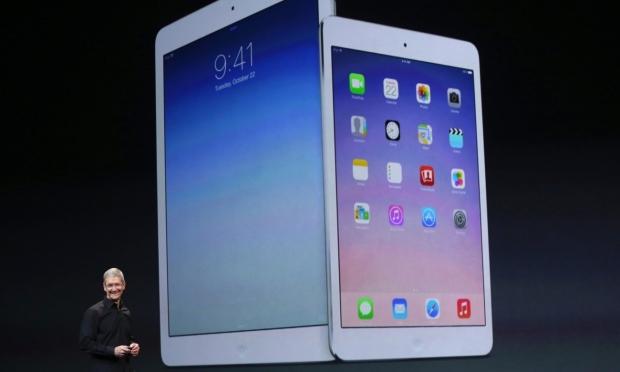 We have an iPad Air 2 that is 18% thinner than the iPad Air, at just 6.1mm, Apple's new A8X processor backed up by the M8 co-processor, 120FPS video recording abilities with its 8-megapixel iSight camera, Touch ID, and more. We have it at 9.4 inches high (or 240mm), and 6.6 inches wide (or 169.5mm), up to 10 hours of battery life, and AirPlay Mirroring (photos, audio and video out) to Apple TV (second-generation or later).