With Mars being orbited by India's satellite Mangalyaan, it has spurred scientists back here on Earth for their next mission, with NASA and the Indian Space Research Organization (ISRO) signing a new agreement to work together on the future exploration of Mars. 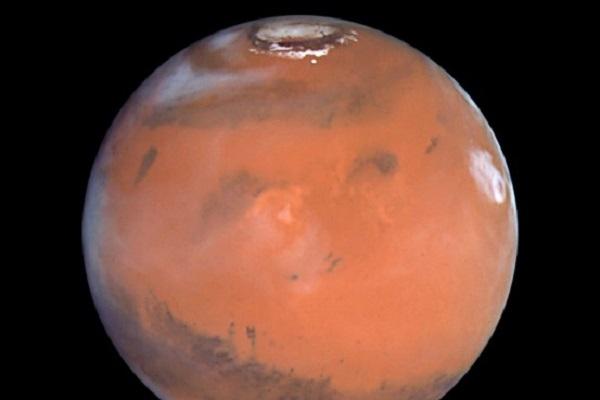 The two space agencies also agreed to collaborate on observations and scientific analysis from their respective satellites that are orbiting Mars. With India now the first Asian nation to research to reach Mars, and the only country in the world that succeeded on its first attempt. NASA has its own Maven satellite that entered Mars' orbit two days before Mangalyaan arrived, with Maven the first spacecraft to explore the upper atmosphere of Mars, and Mangalyaan studying the surface of the planet, in search for evidence of methane, and more.

NASA spent north of $740 million on its latest journey to Mars, with India spending just a tenth of that, at a cost of $74 million. Analysts have said that this puts India directly into the big league when it comes to space, nudging out China and Japan in space exploration in one small step for the country. So far, Chinese and Japanese missions to orbit Mars have failed. In six more years, the two space agencies hope to launch NASA-ISRO Synthetic Aperture Radar, or NISAR. NISAR will observe the Earth, measuring changes in our land surface. NASA said in a statement: "Nisar will improve our understanding of key impacts of climate change and advance our knowledge of natural hazards".

The two space agencies will each provide different things to the project, with NASA offering the L-band synthetic aperture radar, a high-rate communication subsystem for science data, GPS receivers, a solid state recorder, and a payload data subsystem. ISRO on the other hand will provide the spacecraft bus, an S-band synthetic aperture radar and the launch vehicle itself. Charles Bolden, the NASA administrator said in a statement shortly after he signed the agreement that the deal between the two space agencies "reflects the strong commitment NASA and ISRO have to advancing science and improving life on Earth".