Rockstar Games had a support article on their website, which has since been ripped away, teasing some new features for the new version of Grand Theft Auto V coming to the Xbox One, PS4 and PC. One of these features was something never-before-seen, a first-person mode for both on foot and vehicles. 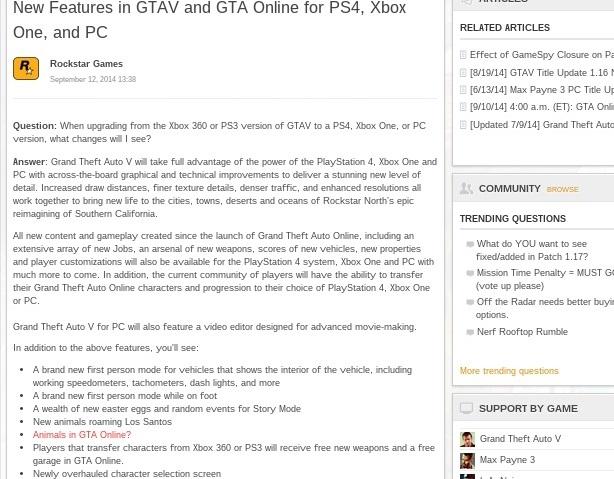 The full list included: "a brand new first person mode for vehicles" something that "shows off the interior of the vehicle, including working speedometers, tachometers, dash lights and more". This is a big, big change, as GTA V has countless vehicles that the developer would need to re-work the internals of. Better yet, Rockstar teased that there would be "a brand new first person mode while on foot" which changes the game, completely. A first-person mode on foot would propel Grand Theft Auto V to completely new heights, especially with the precision offered on a mouse for the PC.